Clarke not in the clear despite nifty fifty 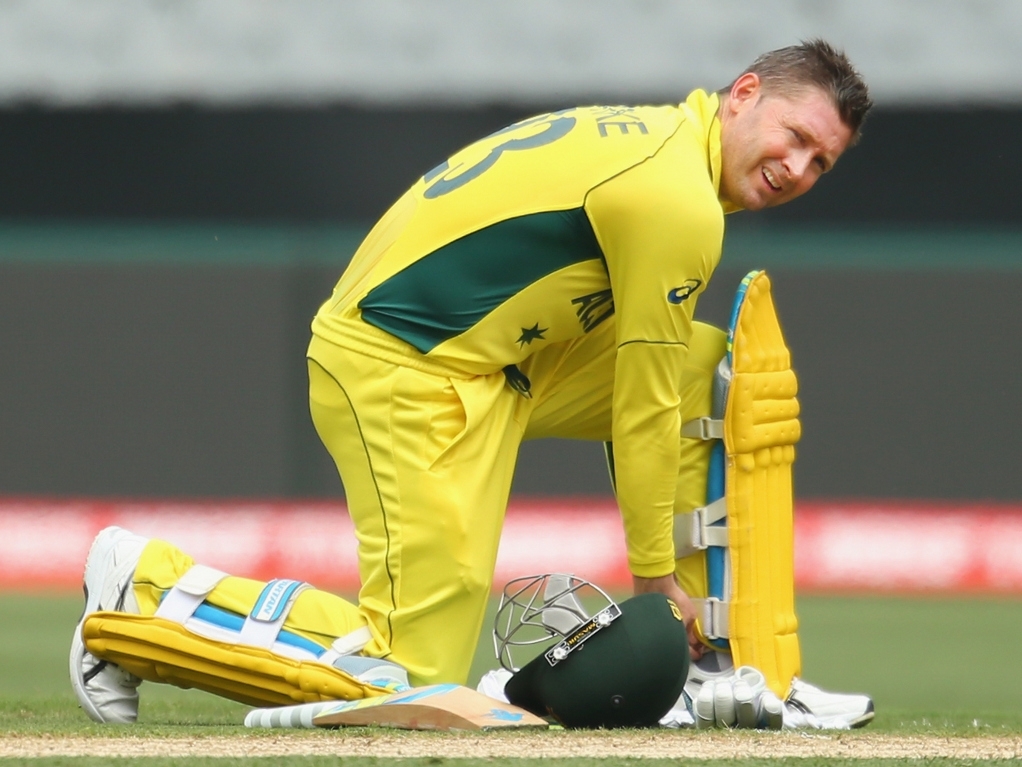 Australia coach Darren Lehmann is hesitant to make any decisive comments about the fitness of skipper Michael Clarke, despite the batsman scoring a trouble-free half century against the UAE on Wednesday.

Clarke made 64 against the minnows in a World Cup warm up in Melbourne, seemingly putting to rest the need for the 21 February fitness deadline, but Lehmann isn't ready to9 completely rejoice yet.

Lehmann told Fox Sports after the game: "We'll sum it up tomorrow, see how he pulls up more than anything.

"Probably the fielding is going to be the big thing. He's been batting really well for the last couple of weeks, so no dramas there."

Clarke opened the batting alongside regular opener Aaron Finch, and the latter also made a 60 score in their century opening stand. Finch said he was content to bat with Clarke, and didn't feel he needed to hold back on the singles in light of the hamstring concern.

Finch said: "When we were out there we ran a four and then a one back-to-back. I said 'that'll be front-page news tomorrow, that's your fitness test right there'. He seemed fine.

"I didn't feel as though I was under any pressure to run slower or not take quick singles. I thought from his point of view it would have been a great success.

"We'll have to wait and see how he pulls up. From what I saw at the other end he played beautifully, his feet moved well, he hit the ball cleanly and ran well."

Finch also defended Clarke's refusal to retire from ODI cricket ahead of this tournament: "The dedication that he's got to playing for Australia is second to none. He never leaves anything to chance.

"I'm not one bit surprised at how he's gone about his rehab and anything. It's so impressive to see how hard he has worked. But it's a home World Cup and probably, if we're realistic, his last opportunity at winning a World Cup, so he wants to be a part of it."