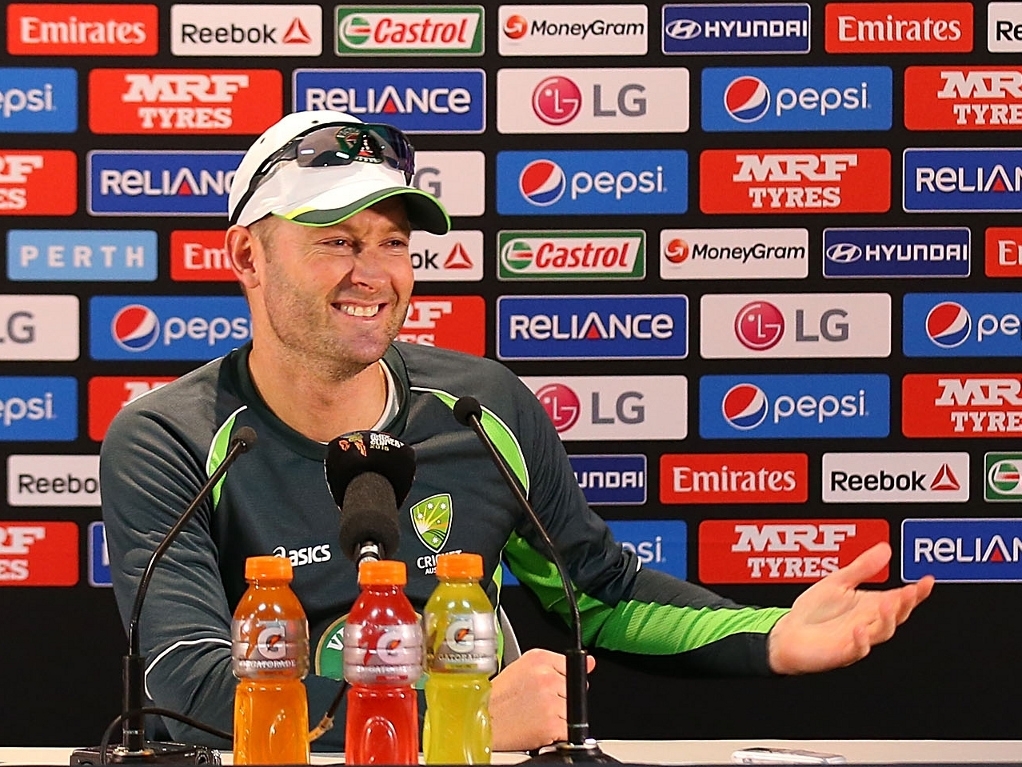 Australia captain Michael Clarke was pleased with the way all-rounder Shane Watson responded to being dropped for one game, coming back to make a half ton down the order in their win against Sri Lanka on Sunday.

Australia scored a challenging 376 for nine, with Watson recalled and making 67 at number six. He then took a wickets as Sri Lanka were all out for 312. Clarke tried not to be drawn into a selection debate, but was clear in his support of Watson.

When asked about Watson, Clarke said: "I'm not going there. The selectors pick the players, and my job is to try to get the best out of the 11 players. So no chance am I getting hold of that hook.

"I thought the selectors made it pretty clear that they were horses for courses in regard to selection today, they went for the extra experience with Watto in the bowling department only playing two frontline fast bowlers, so that was a big part of why they made that call … but good question.

"I thought Shane played really well. His batting was how we know Watto can bat. He's got amazing power and I think he played a big part in helping set the game up, that partnership with Maxy and him. Then he held his nerve under pressure with the ball as well.

"That was a real test for us out there, as games continue to move forward we're going to be under pressure and I felt the way all the bowlers held their nerve today was exceptional."

Clarke is a rare captain in that he has no say in his team's selection, by his own choice after removing himself from that role. While he has often clashed with selectors since then, he feels at least they're consistent in their dealings.

He added: "I think it's exactly how it's been since I stood down from being a selector. It's been very consistent the whole way through.

"I think when I was a selector there was a lot more stuff over email and the phone in regard to communication but since I've stood down it's been exactly the same.

"It's the squad that wins you tournaments, not just the 11 players. We had a completely different team in Perth and we made a world record score.

"So whatever 11 players the selectors decide to pick for the conditions and against the opposition, everyone will be ready to play."