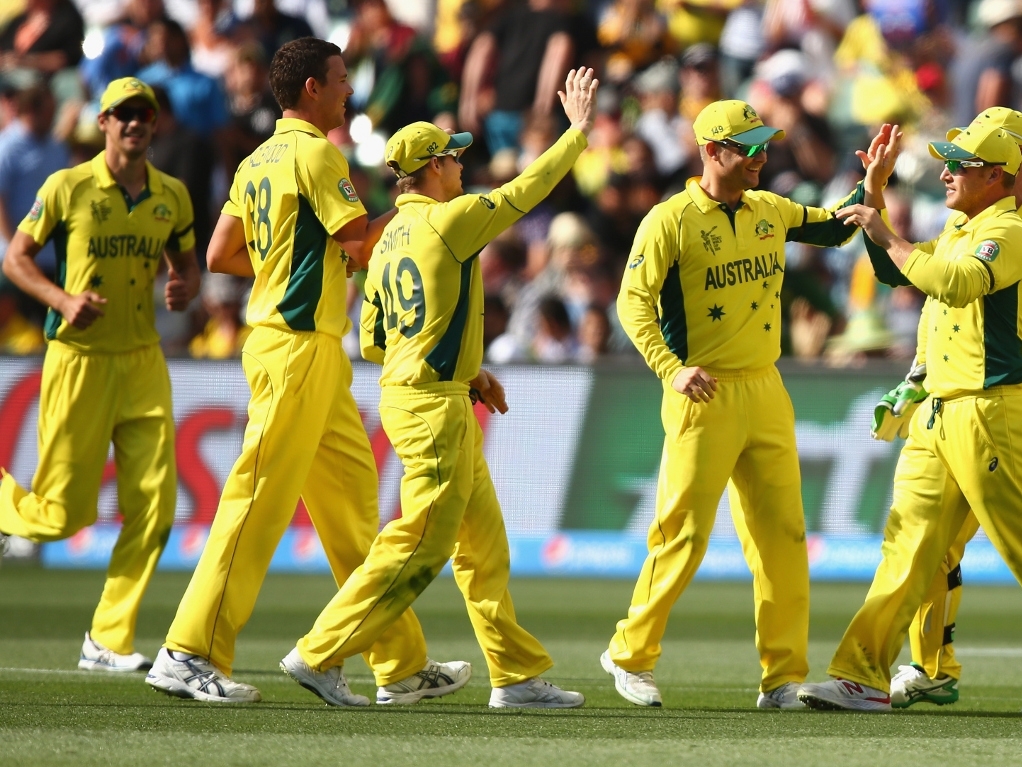 Australia captain Michael Clarke praised his bowlers after they set up a six wicket win over Pakistan in the World Cup quarter-final in Adelaide on Friday.

The Aussie bowling attack dismissed the Asian team for a below-par total of 213 one ball short of 50 overs. Fast bowler Josh Hazlewood picked up four for 35 in 10 overs and also claimed the man of the match award.

Australia then survived a fiery spell of fast bowling from Pakistan left-arm quick Wahab Riaz as they knocked off the runs in the 34th over of the innings thanks to fifties from Steve Smith and Shane Watson.

Watson especially was tested by the rousing spell of Wahab, and was crucially dropped on the fine-leg boundary early on in his innings. The burly allrounder ended on 64 not out while Smith got well-played 65. Glenn Maxwell was there at the end with Watson on an unbeaten 44.

After the match, Clarke said: "The bowlers did a fantastic job, our fielding was excellent, but Wahab came out and really put us under pressure, one of the fastest spells I've seen in a long time.

"Watson toughed it out, Steve Smith looked fantastic. If they catch Watto at fine leg it could have been a lot tighter, credit to sticking in there. Wahab pushed us really hard."

Australia now meet India in the semi-finals on Thursday at SCG.