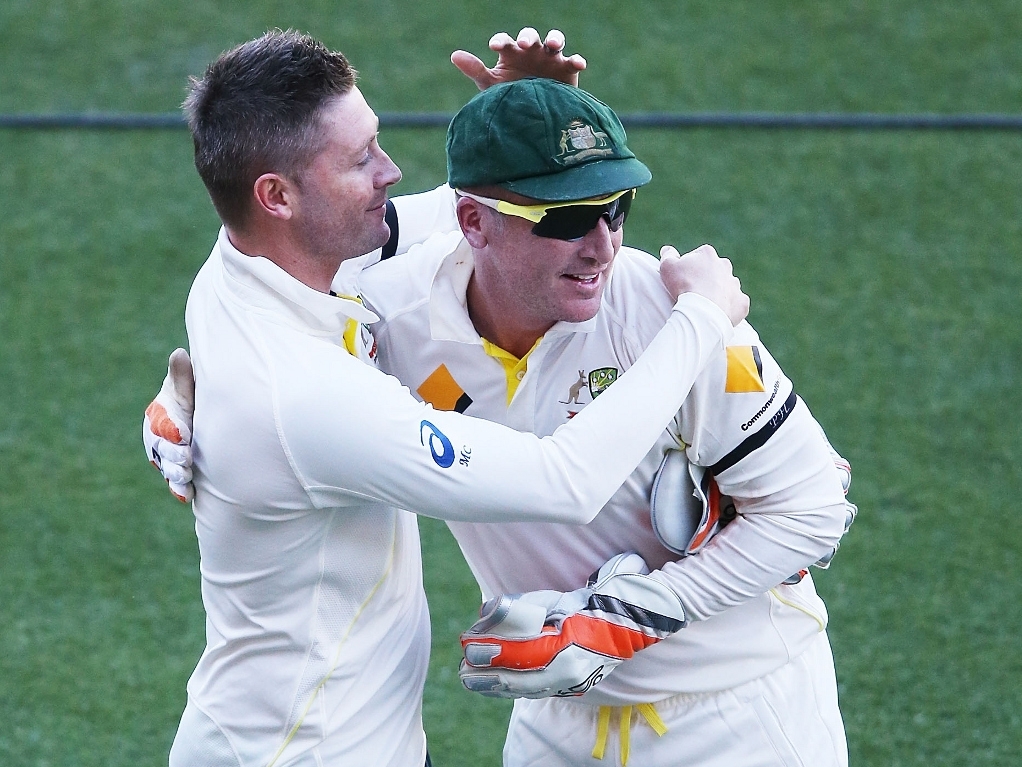 Injured Australia captain Michael Clarke has put his faith in deputy Brad Haddin to lead the side with aplomb for the rest of the series against India, after he saw the side to victory in Adelaide.

Clarke was off the field on day five with a hamstring injury, and Haddin rallied the troops to a 48-run win by taking 10 wickets on the day. Clarke, who is out of the series, expected Haddin to keep going in the same vein.

Clarke said after the first Test: "Hadds did a fantastic job. He has got a lot of other senior players around him which I'm sure would have helped him, they certainly help me when I'm out there.

"And I have got all the faith in the world that things won't change in the next three Tests matches with Brad in charge, if he is the captain.

"I'm very confident he will do a wonderful job and he has got a lot of support."

Coach Darren Lehmann also felt sure Haddin would do a sterling job, but wasn't ready to say that Haddin would definitely lead the team, saying there were a number of options available.

He said, while adding that he was sure Clarke would be back soon: "He (Haddin) brings experience and his knowledge of the game – really pleased with what he did on the last afternoon.

"From our point of view we will have to work that out as a selection panel and then go to the board and see what they say. There's always change, isn't there, sometimes, you never know.

"It will be a case of getting ready for Brisbane with a short turnaround of three days. It was an outstanding Test match, India were fantastic as well, but we have to move on reasonably quickly, and get prepared for life without the captain for the next few Test matches.

"I think he (Clarke) will be back. You have your fingers crossed. We will wait and see."