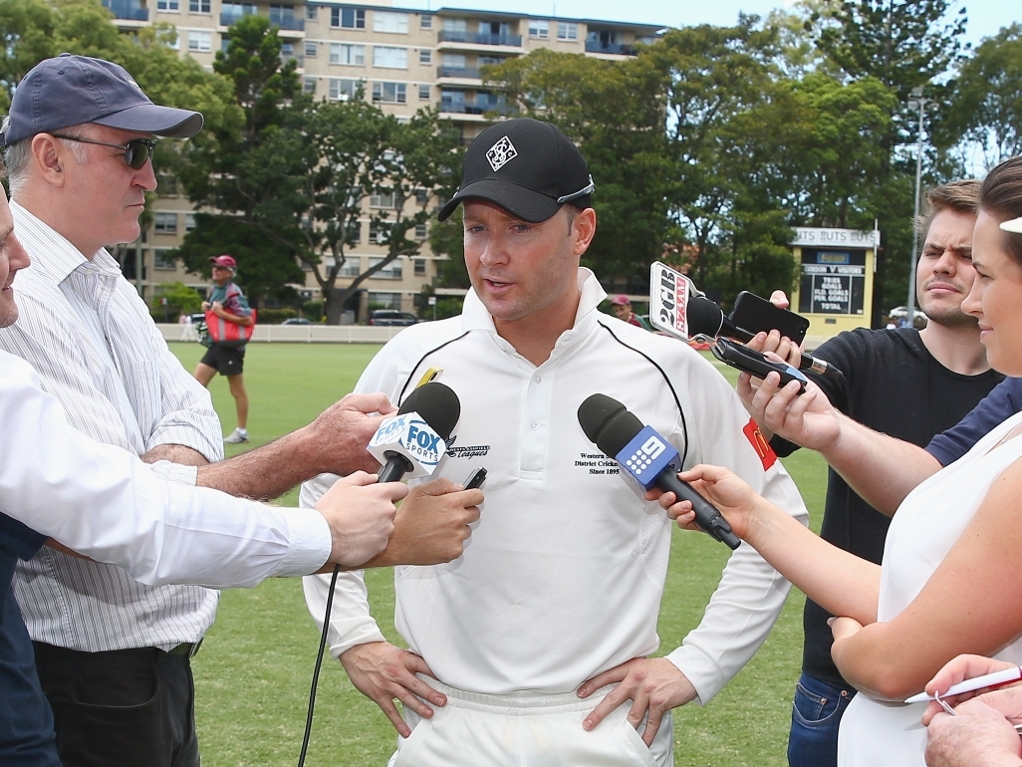 Australia captain Michael Clarke has rubbished reports that he's on bad terms with his team-mates and bosses, saying reports on Australia Day to that effect were made up to sell newspapers.

Clarke has been on the sidelines for over two months, and is in a fitness race to take part in the World Cup, and reports in the Sydney Morning Herald suggested his colleagues' relationship with him had deteriorated.

But the skipper, playing a grade club game for Western Suburbs, where he batted for three hours and made 51, refused to be drawn into unnecessary drama.

Clarke, when asked if the reports were true, told reporters on Saturday while at the club fixture: "I'm not going to get into it.

"It seems like some people in particular are going to write what they want to write so I'm really happy and comfortable with my relationship with Cricket Australia firstly, certainly with my team-mates.

"It's water off a duck's back for me. I've copped it my whole career. It's another day, it's another newspaper sold."

Clarke also said that be was overjoyed with the way Australia had been playing in his absence, and that he was pleased, not jealous, about their success, and hoped to be a part of it soon.

He added: "It certainly hasn't been [difficult or isolated] for me. It seems like it might have been for a few other people, and I'm not talking about my team-mates or the Cricket Australia staff.

"I've enjoyed watching the boys have success. Obviously, like any injured player, you want to get on the park and play for your country.

"I think being away from the team just makes you hungrier, makes you want to get back out there and play, hence why I'm here at Chatswood Oval trying to play for my club."