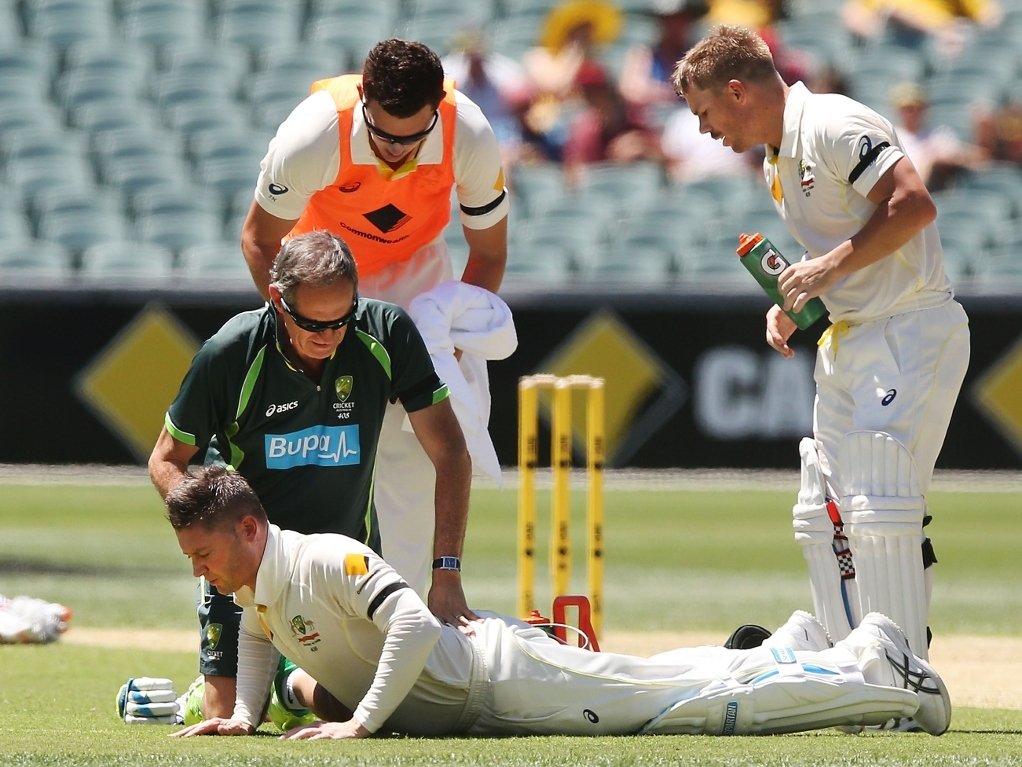 Australia captain Michael Clarke has had successful surgery to his right hamstring, which was injured in the first Test of the ongoing Test series against India.

Clarke was injured while fielding on the last day of the win against India, and Australia team physiotherapist, Alex Kountouris is optimistic that Clarke can be fit for the World Cup, which Australia will be co-hosting with New Zealand,  in mid-February next year.

Speaking to reporters, Kountouris said: "The actual injury was that he damaged the tendon component of the hamstring. He had the surgery yesterday and, speaking to the surgeon, everything went really well."

It is certainly more positive news than when Clarke initially suffered the injury and gave a grim prognosis. He said at the time that there was a chance he could "never play again."

Kountouris continued: "The surgeon was reasonably happy with what had happened. It's going to heal and he's going to minimise the risk of having the recurrence, so that's the goal.

"He found what he was expecting to find, there were no surprises and he has managed to do a good repair and from that today he's very confident that Michael's going to make a good recovery."

Clarke has been injury-prone this calendar year, suffering from a chronic back and having various hamstring niggles.