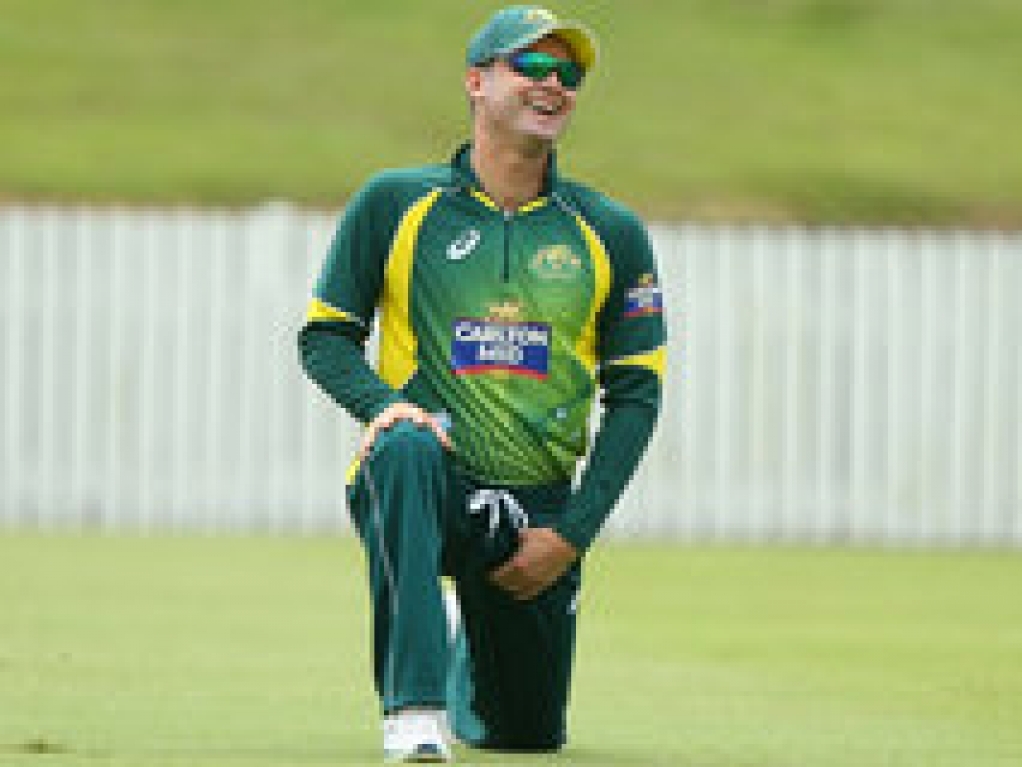 Australia captain Michael Clarke will play in a World Cup warm-up match against the UAE on Wednesday, as he continues to his recovery from hamstring surgery in time to try and help his side lift the trophy on home soil.

In November it was considered a long shot if Clarke would play any part in the upcoming World Cup, but he has in the past few weeks batted in a grade match, batted and bowled in a practice match against Bangladesh and now he wants to step up his recovery even further by taking a full part in the World Cup warm-up match.

Australia coach Darren Lehmann said Clarke's comeback to cricket was pleasing but he still needs to get up to speed in the field. It is still likely that the skipper will miss the first match of the mega event against England on the 14 February.

Lehmann told Fox Sports: "Michael, if he gets through training tomorrow, hopefully he'll play the trial game on Wednesday. So that's a pleasing thing for us. He's trained the house down … now it's a case of getting up to speed with the fielding and away he goes from there."

Clarke is not the only injury that the Australians are concerned about. Allrounder James Faulkner has a side strain and is definitely out of the opening clash. Asked if he is worried about the injuries in his squad, Lehmann brushed them aside.

He said: "Everyone has them … you just have to cope with it and deal with it. We have some good depth. We have good players who have missed out, so that's a good sign. If we have some injuries and we have to replace them, so be it. But at the moment they're all ticking along nicely."

The coach has confirmed that he sought the advice of members of Australia's world cup squad of 1992,the last time Australia hosted the event, just to speak to the current team about the pressures of playing in a home tournament.

Lehmann said of the advice they received: "Just enjoy the whole eight weeks. We want to play the best cricket we possibly can and win as many games as we can, but at the end of the day we don't look much further than the England game, then we move to the Bangladesh game, and then New Zealand and see what happens from there.

"But we'll enjoy the packed houses and the crowd support."