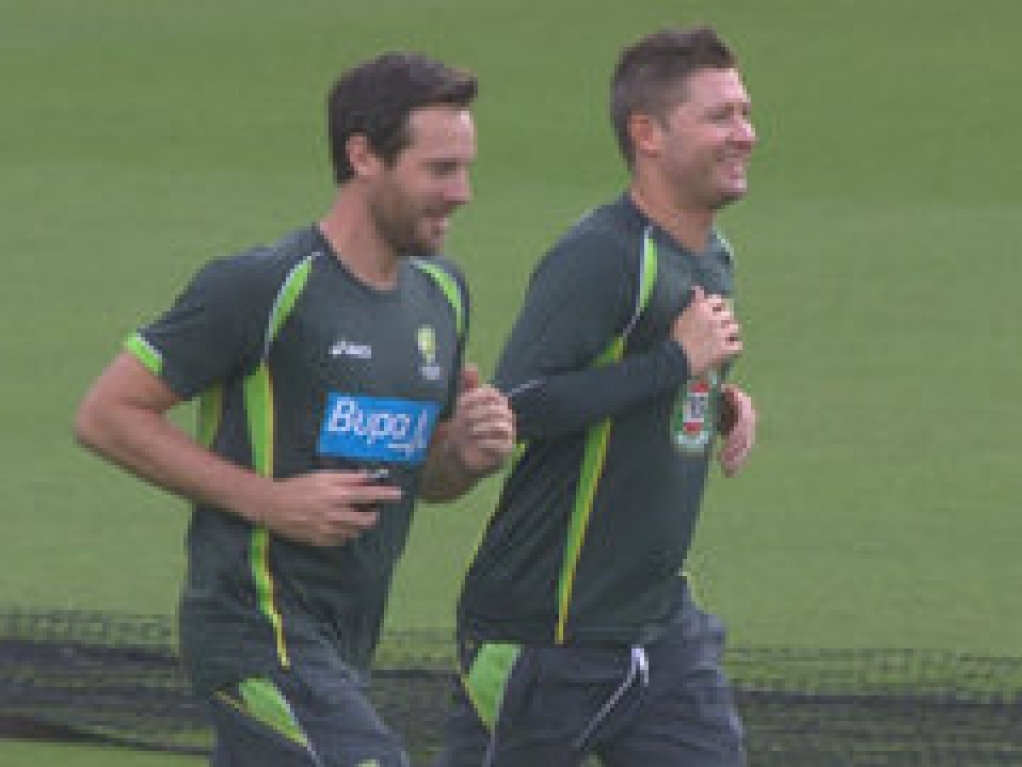 Australia captain Michael Clarke will make his return to a cricket field, after having surgery on his troublesome hamstring in December, in a grade match in Sydney this weekend.

Clarke was named in Australia's World Cup squad but was set a deadline by the national selectors to prove his fitness for the co-hosts second match of the tournament against Bangladesh on 21 February.

The right-handed batsman will also play in a practise match for a Cricket Australia XI, also against Bangladesh, on the Thursday in Brisbane, provided he comes through the weekend match unscathed.

Australia physio Alex Kountouris said: "Michael is making good progress following his injury and the subsequent surgery six weeks ago, and the fixture in Sydney this weekend when he will play only as a batsman, and next week's match in Brisbane, where he will play as a batsman with a limited fielding role, are all part of a gradual return to competitive action.

"We are determined to maintain a conservative approach to the management of Michael's recovery but should he come through these matches without any adverse reaction, he remains on target to return as per our original schedule, for the second match of Australia's ICC Cricket World Cup campaign, against Bangladesh in Brisbane on 21 February."

Clarke said:  "I am really happy to be playing for my grade club this weekend and regard this as a positive step on my road to a return to full fitness.

"It is exciting to be at this stage where I can consider walking onto a cricket field again and so, thanks to the guidance of the Cricket Australia medical staff and with the work I have put in, the signs are positive.

"But at the same time I know I have to respect the fact that I am on a daily programme and there is no point in us getting too far ahead of ourselves.

"I know I need to take things one step and one day at a time and so, for now, all I am doing is focusing on things day by day and with a belief in a positive outcome."

The World Cup starts on the 14 February with New Zealand the other co-hosts of crickets global event.