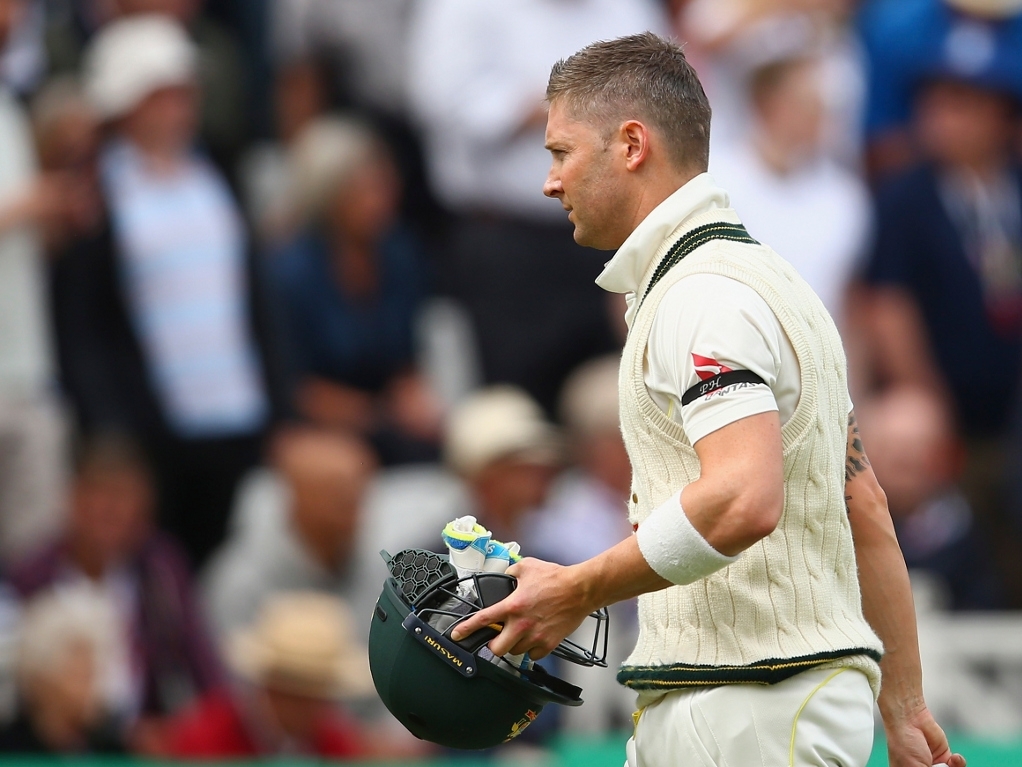 Australia captain Michael Clarke may have been the second-best batsman in his team on day one of the fourth Ashes Test at Trent Bridge, but given they were all out for 60 and he made just 10, that doesn't mean much.

Clarke was one of Stuart Broad's eight wickets in the morning session as the Aussies were skittled before lunch in an incredible display of superb bowling and dire batting. Broad needed just 19 deliveries to reach his five-fer.

Clarke's shot to Broad was a poor one, chasing at a wide delivery outside off stump and getting the nick. He said he was trying to play aggressively, having watched his team-mates fall to defensive shot against good balls.

Clarke, who averages 17 in the series, said after the day's play: "I watched guys around me get out trying to defend and I thought, like I've always said, the better the bowling the more aggressive you've got to be.

"I was thinking 'if he pitches it up I'm going to hit it as far as I can'. You live by the sword, you die by the sword."

"If you had watched today's batting you would have seen guys getting out blocking all around me. A lot of guys were just trying to defend.

"That's why I tried to be as aggressive as I possibly could."

As for the selections for the side, Clarke defended the move to bring opening batsman Shaun Marsh in at the expense of his brother Mitchell (instead of Adam Voges, who was the assumed one to be dropped).

He also defended the decision for Marsh to bat at four and Clarke drop to five, despite the likes of Ricky Ponting saying before the match that Clarke should stay at four, as it showed weakness to his colleagues.

Clarke replied: "Shaun has always batted in front of me in the Test line-up. That's what we feel is best for the team."