Clarke: We didn’t learn our lesson after India 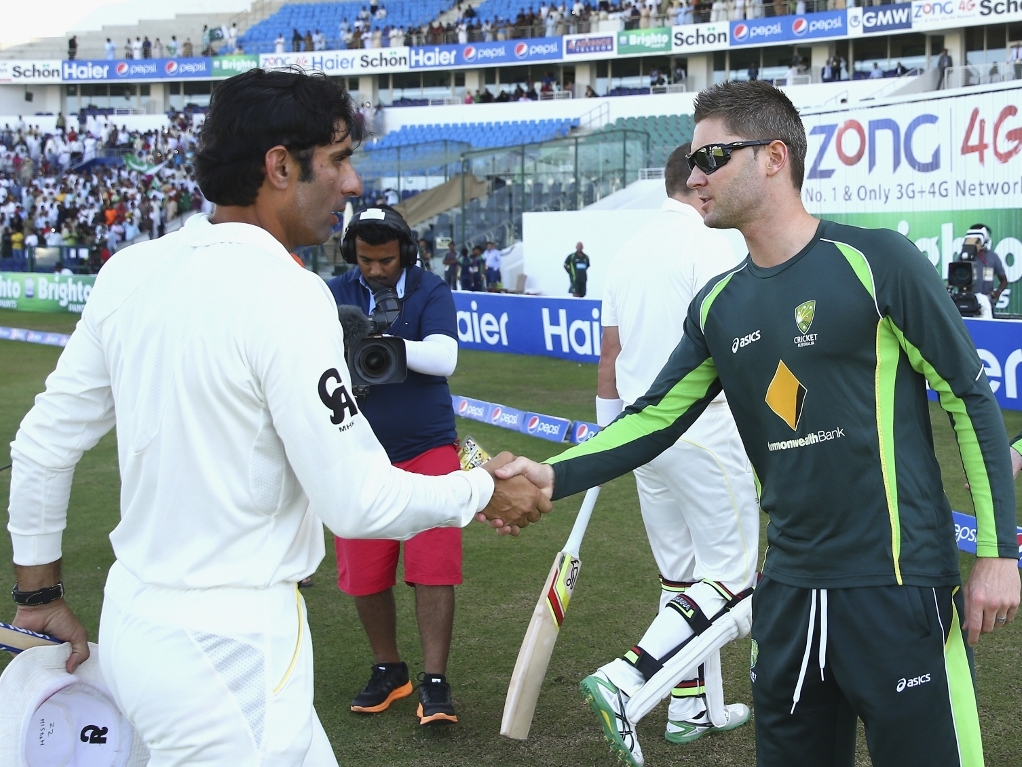 Australia captain Michael Clarke was downhearted after his side's series defeat to Pakistan, having lost the second Test by 356 runs, saying they had thought they'd learned from their India defeats, but clearly hadn't.

India beat them four nil on the subcontinent last year, and after the Dubai loss against Pakistan, Clarke berated the media for brining India up repeatedly. But after Abu Dhabi he conceded that maybe the Asian lessons had not sunk in.

Clarke, who scored 57 runs in four knocks, said: "We have got to obviously talk about what's just happened. We were hopeful that we learnt some lessons from our trip to India but it doesn't look that way.

"Your goal has to be to try and become better. I say that regularly, but our performances here weren't any better than they were in India.

"There might have been some individual positives come out of the series. Mitchell Marsh was certainly a stand-out for me, I know he didn't take a wicket but he was unlucky on a number of occasions and I thought for him to come in and bat the way he batted was a really pleasing sign for us.

"There's been some individual positives but as a group we need to assess where we didn't go particularly well and that's over all three facets of the game. We need to try and look to improve the next time we play in the subcontinent.

"There's no doubt the players will be happy to go home and play in conditions we are accustomed to."

Clarke admitted that winning away from home was the hallmark of a good side, and it was clear that South Africa, who have not lost on foreign soil since 2006, were number one on the rankings for a reason, with the Aussies a distant second.

"Let's hope that continues through the summer, that's going to be a tough series against India (in December)… It's a fair indication of where we sit as a team.

"We're a lot more comfortable playing in our own backyard and we need to continue to work hard to have success away from home."

The skipper then added that his own poor efforts with the bat hadn't helped, and given he's supposedly their best player of spin, he was harsh with himself, saying: "I am probably most angry with myself, most disappointed with my personal performance.

"I have always prided myself on leading by example and in the series that we have lost since I have been captain I have been able at least to stand up and lead from the front, where in this series I haven't done that.

"That's what burns me at the most at this time – there's no doubt I am disappointed we lost the series 2-0 but when you are captain you take things personally and when you don't perform that makes it even harder."