Clarke would play for skipper Smith if asked 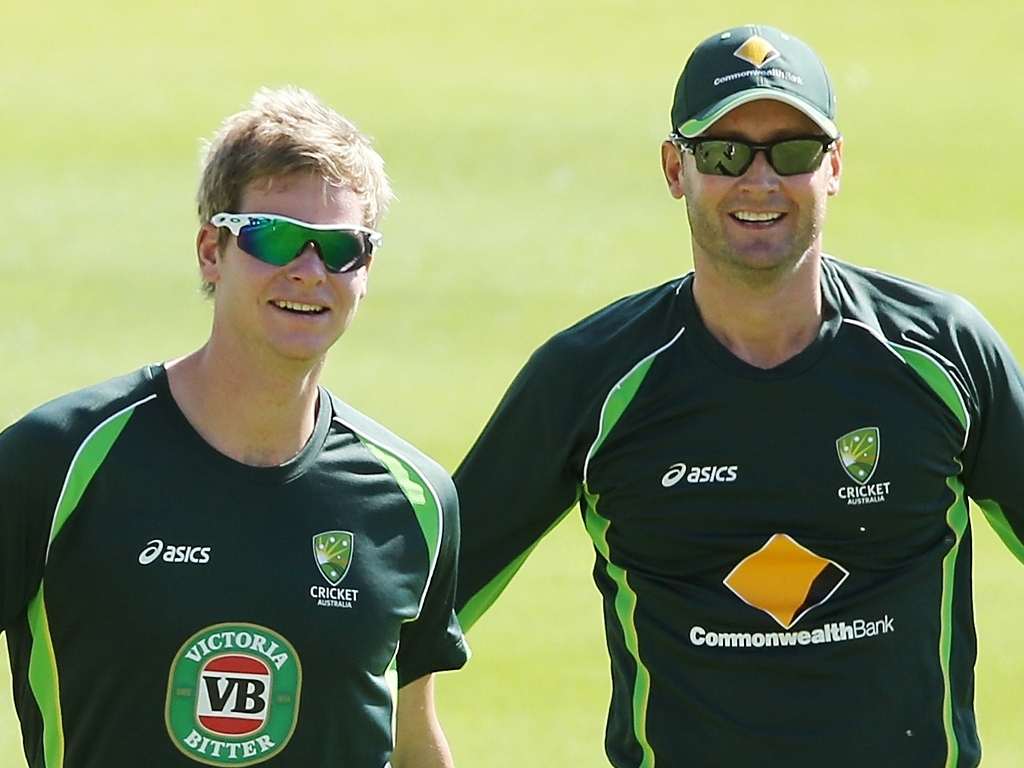 Australia captain Michael Clarke has still not been cleared to play at the World Cup following his hamstring surgery, but says he would happily play under the leadership of Steve Smith if required.

In Clarke's absence, Smith has taken over as Test skipper, while he has also led the ODI side in the absence of George Bailey during the tri-series. If both Clarke and Bailey are missing, Smith is set to lead during the tournament.

Clarke has until 21 February, the fixture against Bangladesh, to prove his fitness or be ruled out, and has played a club game in Sydney this past week to try and get some time in the middle.

When asked during an interview with Triple M radio station in Brisbane whether he would play under Smith, Clarke said: "Most definitely I would.

"I feel for Smiddy (Smith), because I sat in his shoes when a lot of the media were trying to call for Ricky Ponting to retire.

"It's certainly not personal between Smiddy and I, we've been friends for a long time and will continue to be. The people that sit above both him and I will make their decisions.

"I still think I have a lot to offer the team, I still feel like I can perform and help us have success, but that's out of my hands. The most important thing for me is to get fit and healthy."

Clarke was again asked about the rumours that he'd fallen out with Cricket Australia and his team-mates, and he reiterated that it was nonsense: "I'd like to know where it's coming from.

"I haven't been around the team. For the last seven weeks or so I've been away from the group. I feel like my relationship with Cricket Australia, certainly with my teammates, is exceptional."