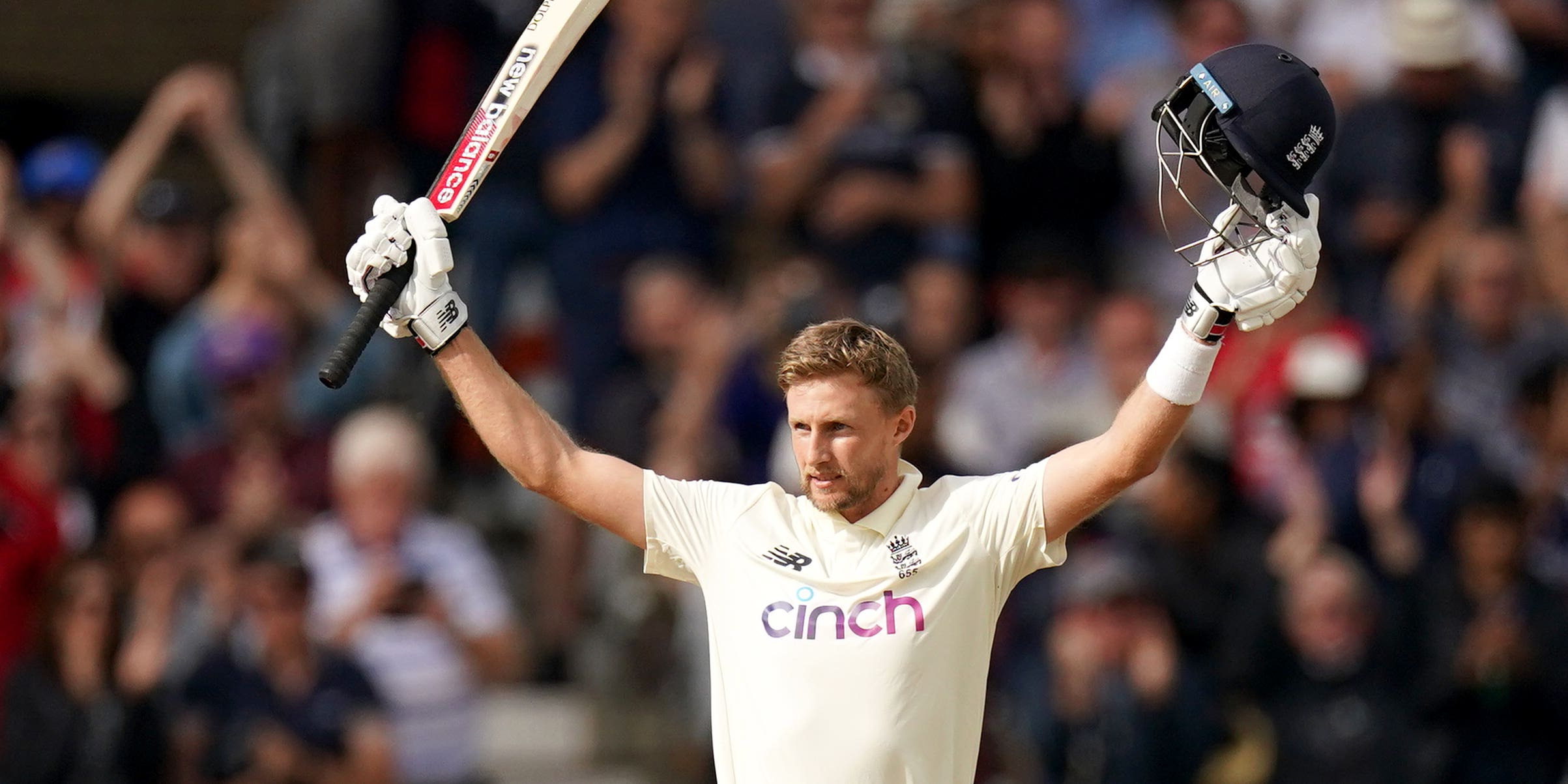 Joe Root struck a classy captain’s century to keep England alive in the first LV= Insurance Test against India and tee up a potentially thrilling day-five finale at Trent Bridge.

Root went toe to toe with India’s pedigree pace attack and came away with a stylish 109, hauling his side into their best position of the match by turning a first-innings deficit of 95 into a lead of 208.

India had an hour to respond to England’s much-improved 303 all out, losing KL Rahul to a wicked delivery from Stuart Broad but chipping a useful 52 off their chase to leave another 157 required.

Root had top-scored with 64 during the disappointments of day one but went even better amid considerable scoreboard pressure to register his 21st Test hundred. Four of those have come this year, but he has been more prolific on the road in recent times and had not scored one on home soil since September 2018.

When he came to the crease England were two down and 49 behind, making this a knock that transformed the state of the game, regardless of the final result. Anyone looking to cut a highlights reel of the skipper’s efforts here would be hard-pushed to look beyond a series of glorious cover drives which punctuated his near five-hour stay and peppered the ropes in the arc between cover-point and extra.

England began on 25 without loss, 70 away from parity and with plenty of hard work ahead. But less than half an hour was gone before Root was summoned. Rory Burns was first to go, fiddling Mohammed Siraj to the wicketkeeper, before Zak Crawley added another cheap score to his growing collection.

Attempting to block Jasprit Bumrah he instead feathered behind, registering his 10th single-figure dismissal from the 14 attempts since his double century against Pakistan. At the other end Dom Sibley was dropping anchor in characteristic fashion, scoring only as an afterthought but focusing hard on not giving up his wicket.

Alongside Root, that became a valuable approach. The latter was off the mark with a lovely stroke through cover, the first of many to disappear in that direction, and rode some tough moments from the superb Bumrah to keep the total ticking past at a good rate. There was a near drag-on and an edge that died in front of slip while he was still on nine, but Root refused to take a step back.

He soon overtook Sibley despite the opener having a 51-ball headstart and when a set of four byes drew the scores level, Root set about building the lead.

At lunch it was up to 24, Root having passed 50 with a steer over the cordon, and he kept things moving after the break too. Sibley does not enjoy the same range and when he finally tiptoed out of his comfort zone, playing away from his body at Bumrah, a lavish jag off the seam was enough to take a fatal inside edge. He had lingered 133 balls for his 28, a partial success.

The middle-order strokemakers went about their business very differently, besting Sibley for flair but falling short of his application. Jonny Bairstow (30), Dan Lawrence (25) and Jos Buttler (17) shared 11 boundaries but none stuck around.

Bairstow hammered a pull to a waiting boundary rider, Lawrence was lbw losing bat behind pad and Buttler shouldered arms to a Shardul Thakur delivery that zipped back in and clipped the top of off stump.

Root had risen about the rough and tumble, taking tea on 96 and then keeping his composure as he spent 27 minutes getting over the line in the evening session. When the moment came, with a straight push past Thakur, he afforded himself a passionate celebration.

Root was feeding off the crowd, who were loudly cheering his every contribution, and also seemed to be enjoying India’s frustration as they appealed in vain having wasted their final DRS decision while he was on 97.

But the second new ball cut him short, a touch of extra lift turning his favourite deflection to third man into a nick behind off Bumrah. England were 179 ahead at that point and squeezed another 29 out of the lower order. Sam Curran was the steadiest of Root’s five partners, making 32 before pursuing the wrong shot from the wrong position off Bumrah, who yorked Broad to wrap up his five-for.

England desperately needed something to show for their time in the field and, after 10 wicketless overs, Broad provided it with a teaser that tempted Rahul in and took his edge. Cheteshwar Pujara survived a bat-pad scare moments before the close as he and Rohit Sharma survived for stumps.