Coach backs Cook to lead England to the WC 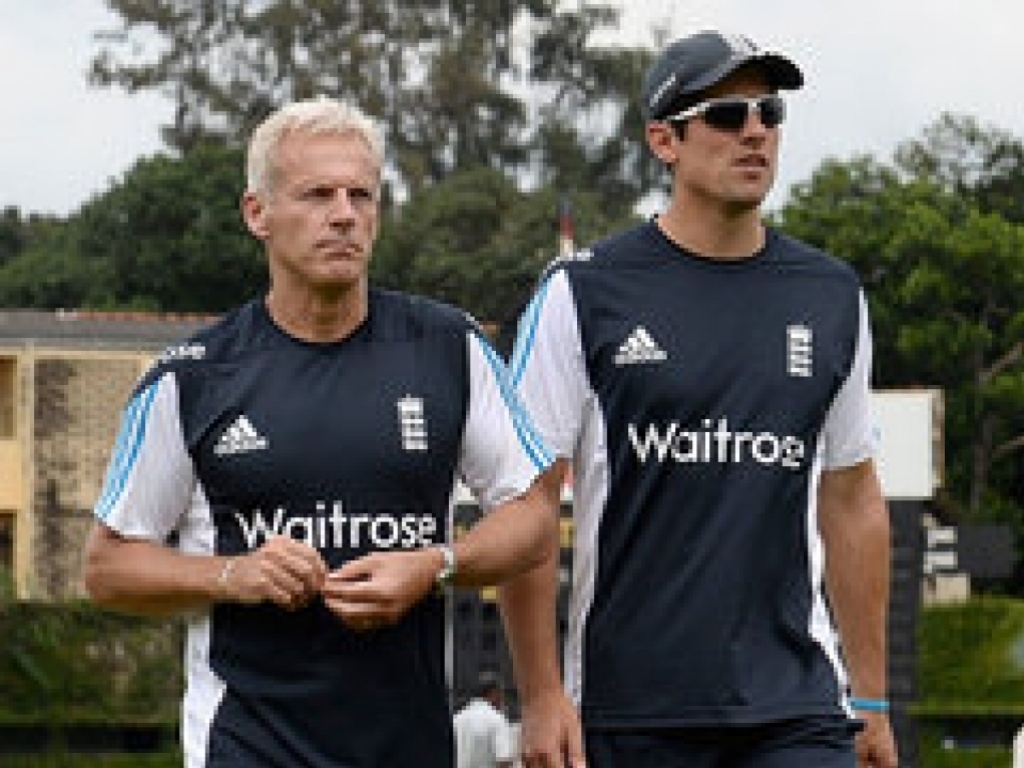 England coach Peter Moores has again backed under-fire captain Alastair Cook to lead his country to the World Cup, which will be co-hosted by Australia and New Zealand and starts in mid-February next year.

Cook has been in poor batting form – average of 17.40 in six games – on the current ODI tour in Sri Lanka and a number of former England players has called for him to not only be removed from the captaincy, but dropped from the team altogether.

Moores said: "Of course he is frustrated at not getting a score. But he is clear that he wants to carry on captaining England. He wants to take the team to the World Cup and he wants to win a World Cup…He knows nobody has got the guarantee of that."

With less than two months to go before the prestigious event gets underway, and judging from Moores' comments, it seems unlikely that Cook will be axed as captain.

Former players, including Ian Botham, Graeme Swann and Michael Vaughan, feel that Cook does not possess the power game that England requires at the top of the order to mount a sustained challenge at the World Cup.

Moores continued: "For me, I think Alastair's the right man to move us to the World Cup. But like most things, I'll go into a room with the other selectors and we'll talk about it. We'll talk about our team.

"A lot's happened over the last six ODIs, a lot of good has happened. Then we need to formulate that into a squad of 15 people who can go to Australia and be competitive for the World Cup. That's what we've been working to and that doesn't change.

There have been a few positives on tour for England. Moeen Ali has grabbed his chance at the top of the order with a refreshingly aggressive approach and James Taylor has come into the side and done well.

The coach said: "We've got a lot of young players coming in to this team who are doing well.

"So you have to take all of those things into account, try and pick who you think is the best leader, the best team to be successful in Australia, the tri-series to build ourselves up to the World Cup.

"I understand that there will always be debate about players who aren't in form. And the captain gets extra focus. That goes with the territory."

England have already the lost the series to Sri Lanka, trailing 4-2 with one match remaining.