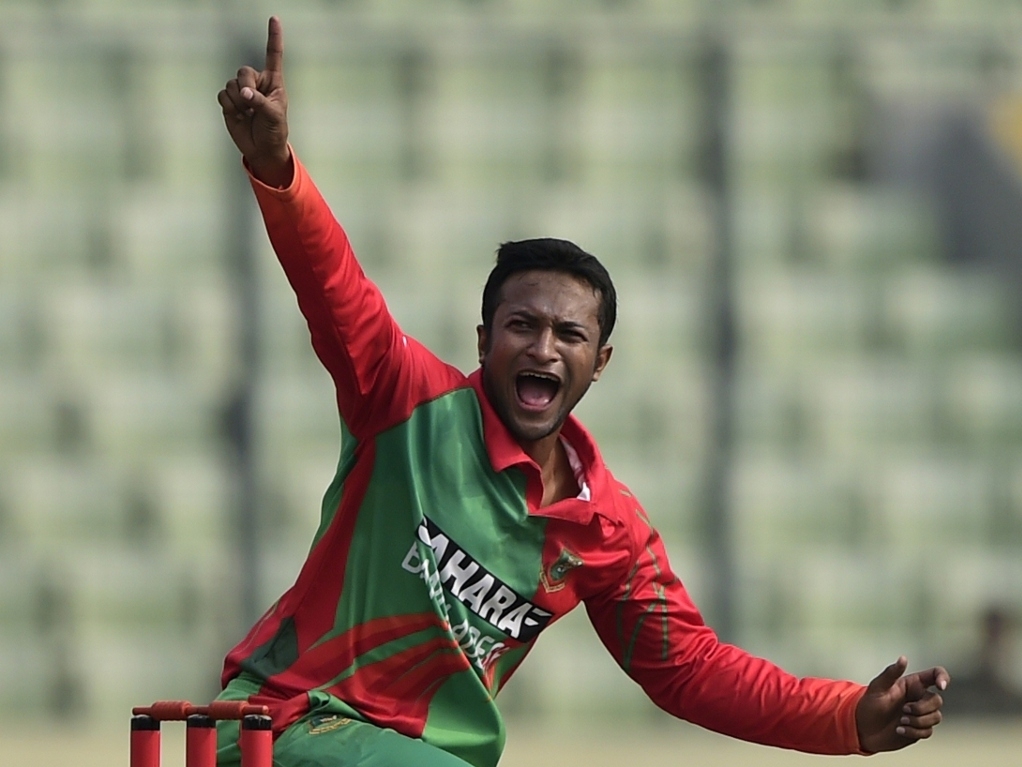 Bangladesh coach Chandika Hathurusingha is putting all his faith in all-rounder Shakib-al-Hasan as they start their World Cup campaign against Afghanistan in Canberra on Wednesday.

Shakib is the top ranked all-rounder in the  world, and is probably the most experienced player the Tigers have, and also has experience in Australia as he played in the Big Bash League. His coach will be putting the weight of expectation on his shoulders.

Hathurusingha said: "We have some world-class players. We have the No. 1 allrounder in all formats. I am also looking forward to the young players and see what they do for us in this big stage.

"It is a first time in Australia for many of our players and although some of them have played here, it wasn't in the major venues. We are looking forward to doing well here.

"I am expecting [Shakib] to perform and take a lead role. I think you have seen him with Melbourne Renegades. He's an explosive batter who can get in and control the game. He is a very clever bowler."

He added of their poor build-up, where they lost all their warm-up games: "It is not ideal. It puts few doubts on your mind. But we were trying a few things, giving a few players a go in these conditions. We had only four games coming here.

"We know what to do with the combination. We know what we want to do. We are happy with the preparation, whatever we got – the four games and the facilities in Brisbane and here."

Facing Afghanistan is not as easy as some might assume, especially for the Tigers, who have lost to the Associate side a few times in the recent past, including in the Asia Cup last year.

The coach added: "The pressure is there in the World Cup, especially in the first game. Any team wouldn't know what to expect. We are all a bit nervous. We are expecting to do well.

"I think it is a good thing to feel a bit of tension, whether against Afghanistan, Australia or New Zealand. It doesn't make any difference [who we start against]. It is important to win the first game.

"We are focusing on doing well, what we can do. If we perform to our best, we can give a good fight."