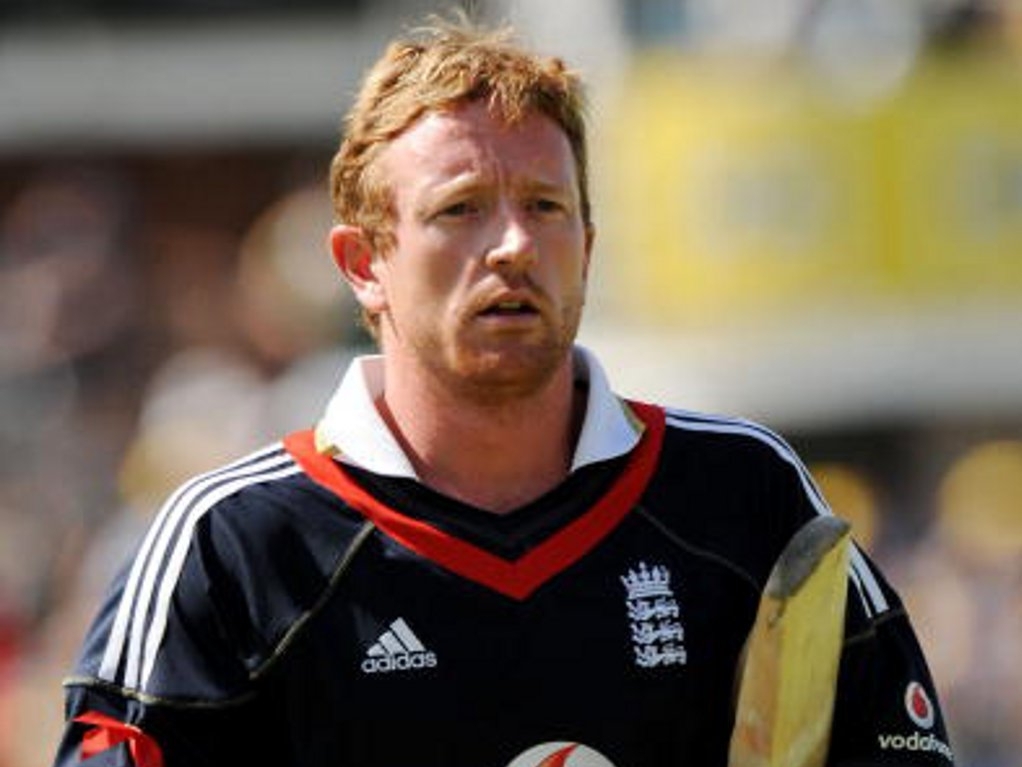 It feels like we spent every World Cup soul-searching and trying to figure out where the team had gone wrong, writes former England captain.

When I look back on my three ICC Cricket World Cups with England, it’s not easy to remember too many highs, only several bouts of disappointment and reflection.

It’s the little things that make it.

When you turn up and you’ve got towels from the ICC on your place and your name tags are there, all the things you don’t get on a normal tour, you realise you’re at an event that’s not quite the same as what you normally play in. It’s great to have so many other teams around as well.

But it felt like we were always battling and there’s always been a lot of soul-searching rather than thinking ‘We’ll win this’.

The build-up to the ICC Cricket World Cup 2003 was dominated by politics rather than cricket and we forfeited our match in Zimbabwe because of what was happening there. We knew we were jeopardising our chances of getting to the next phase and it was gut-wrenching.

That year probably brought my highlight at the ICC Cricket World Cups with the win over Pakistan, under the lights at Cape Town.

Shoaib Akhtar bowled a 100 mph ball in that game and my team-mate Ian Blackwell kept taking photos of the screen showing how fast the balls were.  I was in next and it didn’t help!  Despite that I got 66 before Jimmy Anderson took four wickets in a great victory.

But, when I recall that tournament now, I only think of one thing. It was really tough because we had all these strong characters in the dressing room, Nasser Hussein was captain, and the Zimbabwe situation was way over our heads. We had death threats, as well as letters sent to us individually. It was a scary time and we were trying to focus on the cricket but the energy was dragged out of us going to meeting after meeting and it all seemed a bit too serious.

Four years on at the ICC Cricket World Cup 2007 in the West Indies, it was far from straightforward either as we failed to make it beyond the Super 8 stage.

I came into it on the back of three man of the match performances in Australia and started the tournament with two more for five on the trot.

There was controversy when Freddie Flintoff was sacked as vice-captain and banned for the match against Canada following an incident involving a pedalo. What happened was pretty disruptive, and the captain and coach didn’t need it during a World Cup, but it wasn’t Freddie’s fault that we didn’t progress. We weren’t good enough.

In the second phase, we were beaten by Sri Lanka and Australia, and then South Africa beat us by nine wickets with Graeme Smith whacking it all over the place and we were booed by the England fans.

After that match I was on the beach with Kevin Pietersen trying to figure out how were going to improve and what we could do to move forward as a team. This big muscly guy came up to us and said ‘You’re a disgrace and an embarrassment. We paid so much money to come over here to be let down by you’.

We just took it on the chin but sport isn’t black and white, and all the effort was there. You couldn’t question how much we were hurting but that’s the pressure of playing for England, with the support we have.

People tend to forget about the way I caught out Devon Smith of the West Indies and I put it down as my best ever catch.  When it came off the bat I was thinking ‘I haven’t got a chance of this but I’m going to really go for it’. It curled around at the last second and I squeezed every single millimetre out of the stretch and it stuck. I was right on my limit. So that is another rare highlight!

I didn’t even know until recently that I was the joint top-fielder so that tells you everything about how much your recollections are dominated by whether you win or lose.

The coach Duncan Fletcher went after the ICC Cricket World Cup 2007, which was a real shame as I had a brilliant relationship with him. He gave me a chance in 2001 and to see him go like that was tough.

In the ICC Cricket World Cup 2011, I was not in good form. My knee kept locking and I needed surgery after the tournament but it was more than that.

Against India, Andrew Strauss scored a great hundred as we chased them down. If I had been in at my best, we would have won that game but I was struggling and it was tied.

We scored 327 against Ireland and we were in complete control but Kevin O’Brien was a juggernaut and we didn’t have an answer to their momentum. The game changed so quickly and we just couldn’t find a way to stop it. We tried everything but it just resulted in fours and sixes. He had the day of his life and hit the fastest World Cup century with 113 off 63 balls as Ireland shocked us.

Afterwards in the dressing room we were more stunned than anything else.

I can laugh about it now but when we got back to the hotel I went for a beer with Straussy to reflect on the game and it was also his birthday. We were asked to the Irish team’s party and as soon as they finished singing ‘Happy birthday’ to him, it was time to go. It was one of those days that’s horrible from start to finish!

I was devastated to be left out of the following game. I’d played for England for 10 years without being dropped and it was gut-wrenching and a real low point in my career.

It feels like we spent every World Cup soul-searching and trying to figure out where the team had gone wrong. We threatened but never delivered.

I loved Test cricket but, after the Ashes, the World Cup was the next best thing for me. It was what I wanted to win and I never got my hands on that trophy.