Home Countries England Collingwood: Only a ridiculous offer could tempt me

Collingwood: Only a ridiculous offer could tempt me 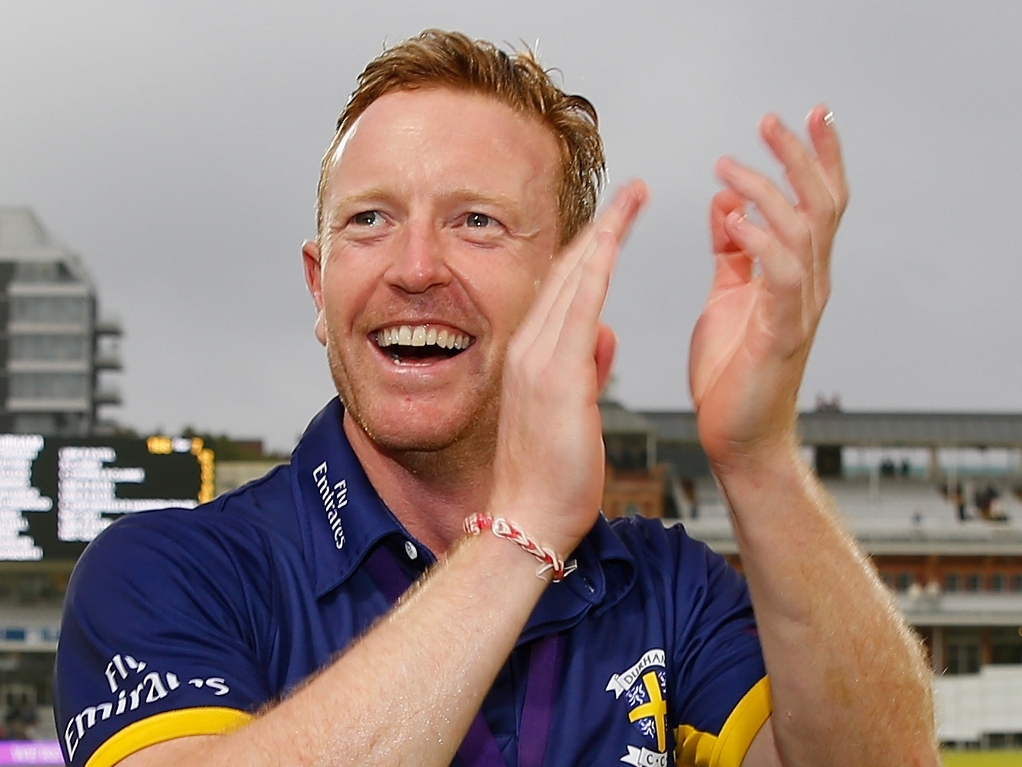 Paul Collingwood said only a 'ridiculous' offer would force him to think about taking on the England coaching job as he still has a playing contract with his county side Durham.

Australian pair Jason Gillespie and Justin Langer are thought to be the favourites to replace Peter Moores, who was sacked by new ECB Director of cricket Andrew Strauss on Saturday.

Strauss said on Tuesday that he will be speaking to potential candidates in the next few days to take over as England coach, and Collingwood's name has often come up.

The 39 year-old Collingwood said: "I'm still playing cricket for Durham. I have a contract until the end of the season and I'm looking forward to fulfilling that.

"At the moment, unless some kind of ridiculous offer comes in, something I can't refuse, I'm more than happy playing cricket for Durham, maybe even the season after this.

"I spoke about last year being my last one, but if I keep taking wickets and scoring runs and keep enjoying it, and bringing some good youngsters through here at Durham, it is going to be a hard thing to give up."