Home News What are the most common cricket injuries?

What are the most common cricket injuries? 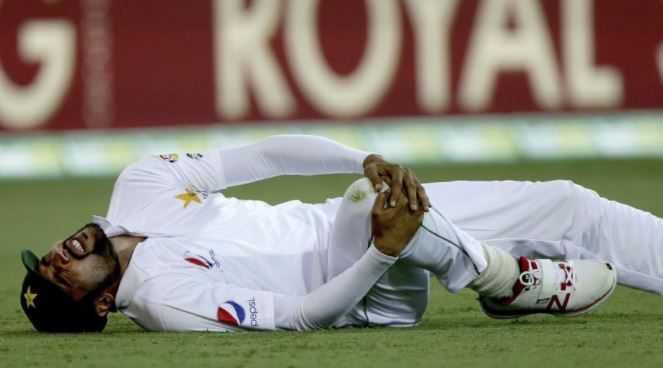 If you’ve ever seen a match, cricket might not strike you as a dangerous sport but players of both ammeter and professional level are injured all the time. With balls flying through the air at high speed, both batters and bowlers are at risk of injury. On average, 9% of players have an injury at any given time. A cricket accident can be nasty, causing long-term damage or health issues. As with most sports, the repetitive and intense motions used during matches can also cause injury. But what are the most common cricket injuries which players experience?

Being struck by a ball is one of the main risks associated with the sport. Contusions are muscle injuries caused by impact with a ball. Most players will experience swelling, bruising and even loss of mobility in the muscle when this happens. Contusions are ranked from Grade 1 to Grade 3; the severity of the injury will depend on the speed at which the ball was thrown.  A Grade 3 injury may require the players to take time out of the sport for physiotherapy. It can be extremely dangerous to be hit by a cricket ball on the eye or head, so players do have to be careful to avoid this kind of injury.

The very repetitive action of throwing a cricket ball at high speeds can lead bowlers to suffer with thrower’s elbow. This condition is very similar to golfer’s elbow and medically it is known as medial epicondylitis. The bowler will experience pain on their inner elbow which is caused by overuse of the tendon on their wrist flexor muscles. Bowlers should seek medical advice for this injury, as it can put them out of the sport. In general, ice is used to relieve the pain as soon as it is felt and heat is used to treat it at a more severe stage.

Back pain can be difficult to diagnose but it is typically experienced by younger, faster bowlers. This is because they are putting strain on their back when standing for long periods of time and by bowling at high speeds. Common injuries include stress fracture, which is caused by stress on the vertebra of the back. Slipped disks are more severe causes of lower back pain in cricket players. Back pain diagnose can take a long time.

The hamstrings are some of the most commonly strained areas for cricket players. The sport is very physically demanding, requiring players to sprint from standing, which can place stress on the muscles. Muscle strains can vary in severity, from a mild pain to a serious injury which can put a player out of action. Professional players will be coached on how to reduce the risk of muscle strains but it’s still a high risk injury. Ankle sprains are another common injury within this category, as the ankle and knees take most of the impact during cricket.