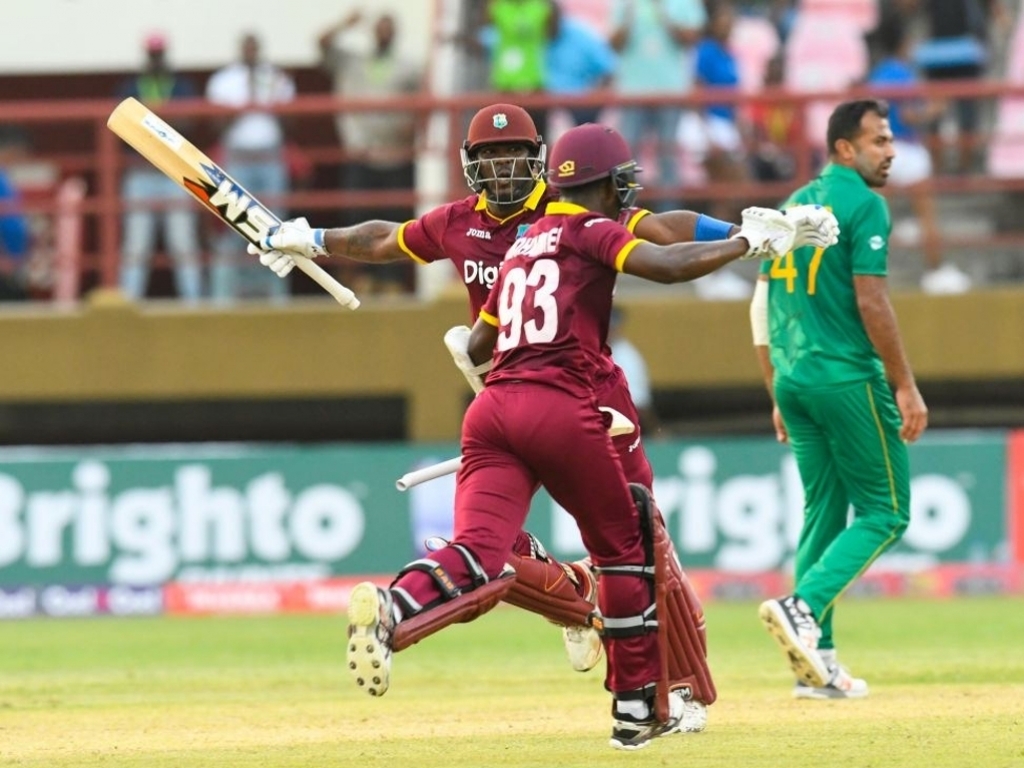 West Indies batsman Jason Mohammed has credited an increase in confidence with helping him play at his best after his unbeaten 91 helped defeat Pakistan in Guyana.

Mohammed says his game has changed a lot in the last few years and he feels experience has helped him find his best game.

The 30-year old said after the West Indies four wicket victory over Pakistan in first ODI in Providence: "Starting from CPL [2016] with Guyana Amazon Warriors, my whole game has changed a lot.

"I have really gained a lot of confidence and momentum and I did well with the A team as well. I think I just know my game a little better now, in terms of maturity, and knowing how to play certain situations has definitely brought me a long way."

Mohammed feels that the West Indies paced their innings well despite seemingly not being in the chase after thirty overs.

He added: "It was a very good innings. Coming in to bat early, there was a little bit of pressure in terms of strike rate and stuff but I knew that I had to play myself in and rotate the strike and gain momentum, and take it down to the end as much as possible. That's exactly what we did as a team.

"As I always say, I tend to start off a little bit slower. I am a momentum player and I know that so long as I get my game right, it's going to come off. Try and work the ball around till I get a start and then I can hit the ball when I get in. That was my plan today and everything worked out excellently."

Ashley Nurse's arrival at the crease helped take the pressure off Mohammed as he hit the ball to the boundary regularly.

Nurse's 31 not out came after he claimed four of the five Pakistan wickets to fall.

The big spinner said: "My job first and foremost is to bowl and get people out so I was very happy with the wickets.

"I won't say I was happy with the bowling because I bowled some bad balls in between but it was nice to get the Pakistan wickets when they were really going helter skelter at the back end, and it was nice to come back even in the last 10 overs and get some wickets.

"Jason was hitting the ball really nicely and he came out to rotate the strike.

"I was hitting the ball well in the nets so I knew my form was good and I just kept trying to hit the ball nice and straight and I backed myself to get the ball past the boundary and also give him the strike."