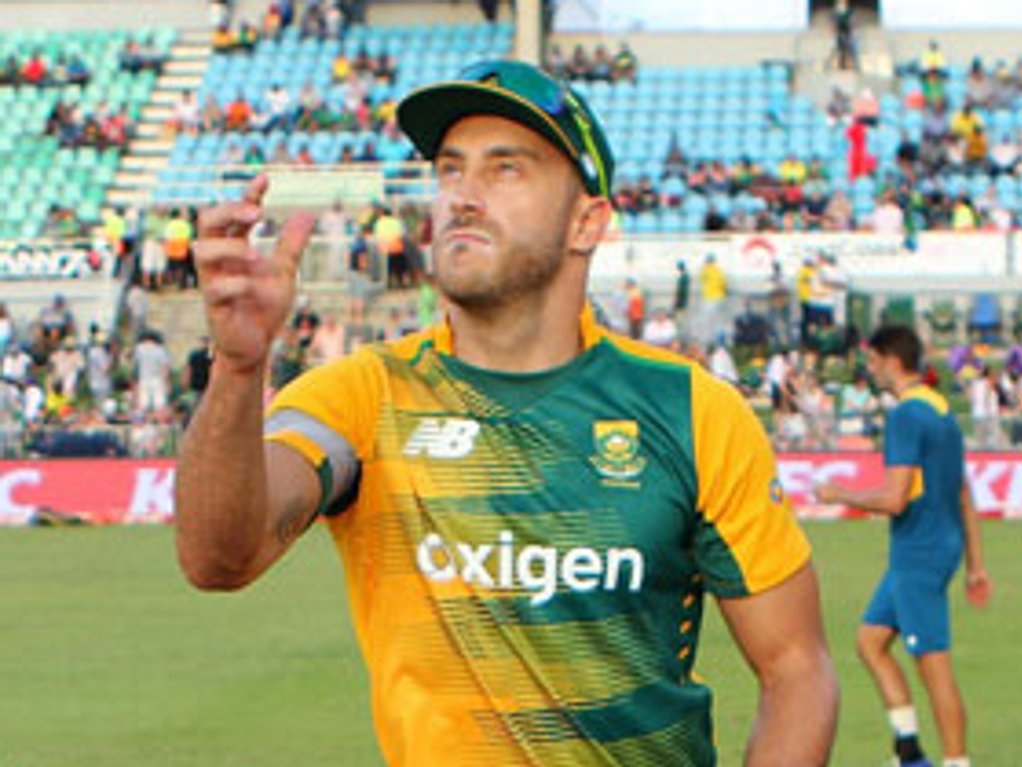 South Africa skipper Faf du Plessis has asked for a strong and confident start from his players in their opening World Twenty20 match against England at the Wankhede Stadium in Mumbai on Friday.

The Proteas kick-start their campaign against an under-fire England squad, who are fresh off a six-wicket loss to a Chris Gayle inspired West Indies outfit on Wednesday, and will need a consistent start with either bat or ball to sustain the pressure on their opponents.

Du Plessis said in Mumbai: "The only way you become confident as a team is if you are winning, so we hope that will play a role against England.

"In saying that, in a World Cup if you don't rock up on the day any team can beat you. For us it helps a lot knowing that we are going into the match tomorrow with the confidence of having beaten them in South Africa but we do know that tomorrow it will be a completely new game.

"We hope that if we do put England under pressure early it will create some doubt about their ability to cross the line but we need to make sure that we don't give them a sniff. It’s crucial to start well and to put them under pressure which will hopefully create some mistakes."

The Proteas have fond memories of the Wankhede Stadium, the venue where they crushed India by 214-runs to win the One-Day International series 3-2 in October last year.

Quinton de Kock, Faf du Plessis and AB de Villiers all capitalised with hundreds in the 400-plus run feast, and will be leaning on their recent success and Indian Premier League familiarity of the 32000-seater cauldron in preparation for the match.

Du Plessis added: "AB is in good form at the moment, he is playing well. Past performances play a massive role when it comes to a ground.

"A few of us did well in that final match against India and we have used that to reflect and have gotten some information on the wicket so we can try and replicate those performances.

"We have a few guys who are looking good. For me our whole batting line-up looks like they are in form and that is a dangerous sign for any opposition. It’s about putting it together on the day."

Du Plessis says his squad boasts a number of ‘match-winners’ who can make a game-changing impact, and expects a high-scoring encounter from the traditionally seam-friendly Mumbai pitch.

He said: "It’s a great ground to start off your campaign. Wankhede is close to our conditions back home so it’s an ideal venue to start at. There is always a lively crowd, not a lot of our guys would have had the opportunity to play T20 cricket at a stadium like this so we are excited and looking forward to the game."