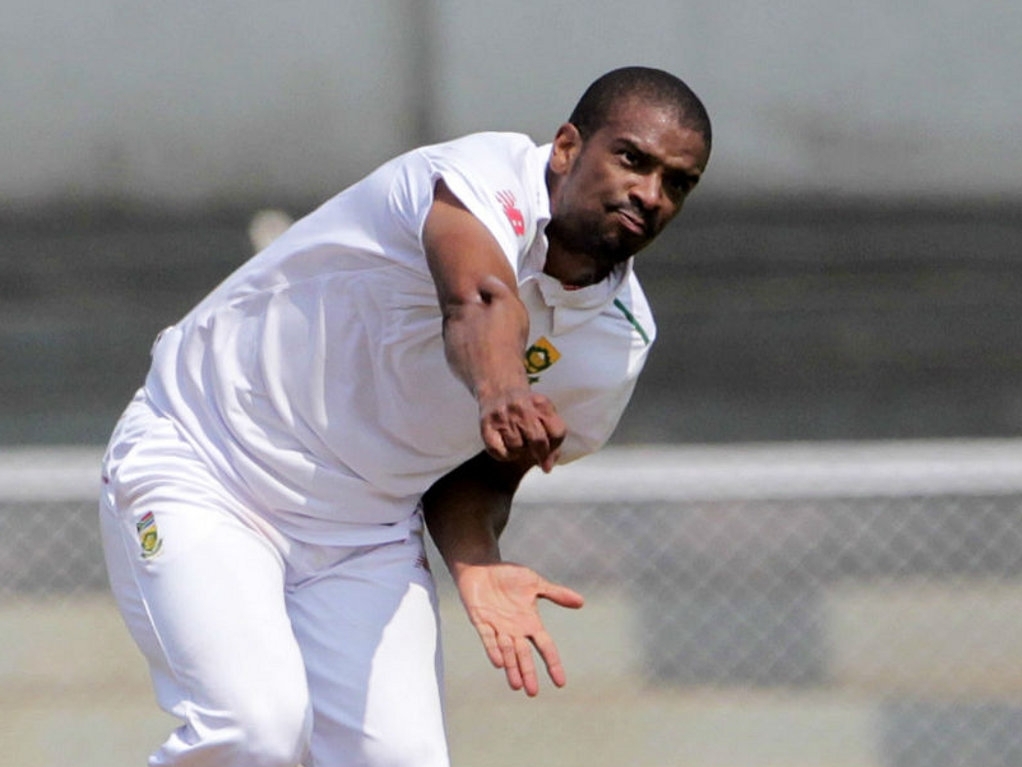 South Africa all-rounder Vernon Philander says the squad has taken confidence from competing for the majority of the first Test against India, but look ahead to the second Test with an enlightened approach and clean canvas.

India won the first Test in Mohali with two days to spare, with neither side scoring more than 201 runs on a pitch that spun from the first. The Proteas must draw level or risk breaking their six year unbeaten streak on the road.

Philander said: "Come Saturday it’s a brand new Test match. Its 0/0 whether we bat or bowl first. We have learnt a lot from the conditions and what will be thrown at us from the last game so hopefully we can take our knowledge and apply it in the next game."

Philander says his role with the new ball in India takes on a different dimension to that in South African conditions, and has looked to implement the dual role of striking upfront while creating pressure in the current series.

He took 3/61 in the first Test and bowled with good intensity and discipline in a match dominated by spinners, and has learnt to accept the change of roles on the sub-continent.

Big Vern added: "The new ball has two components to it. You are looking to strike but when you play on the sub-content batsmen will tell you that the new ball is also the best time to score.

"For us it’s about looking to strike but also about keeping it tight upfront. This then brings the spinners in the game once the pressure has been created because the batsmen will be looking to release, there are two parts to it.

"At the end of the day I do my job. I'm part of a bowling attack that needs to take 20 wickets, you aren't going to be in the lime light all of the time.

"Sometimes you have to do the dirty work so the other guys can strike. I'm pretty happy with where I'm at, it’s a new Test starting on Saturday and I'm really looking forward to it."

Philander’s Test and first-class average of 25 with the bat does not give enough credit to his potential with the bat, a role he has committed to improve on particularly on the sub-continent where every run on the board is invaluable.

"Everyone is vital when you play on the sub-continent, with low scoring games everyone is going to count. I am looking forward to contributing with the bat and hopefully to a series win."