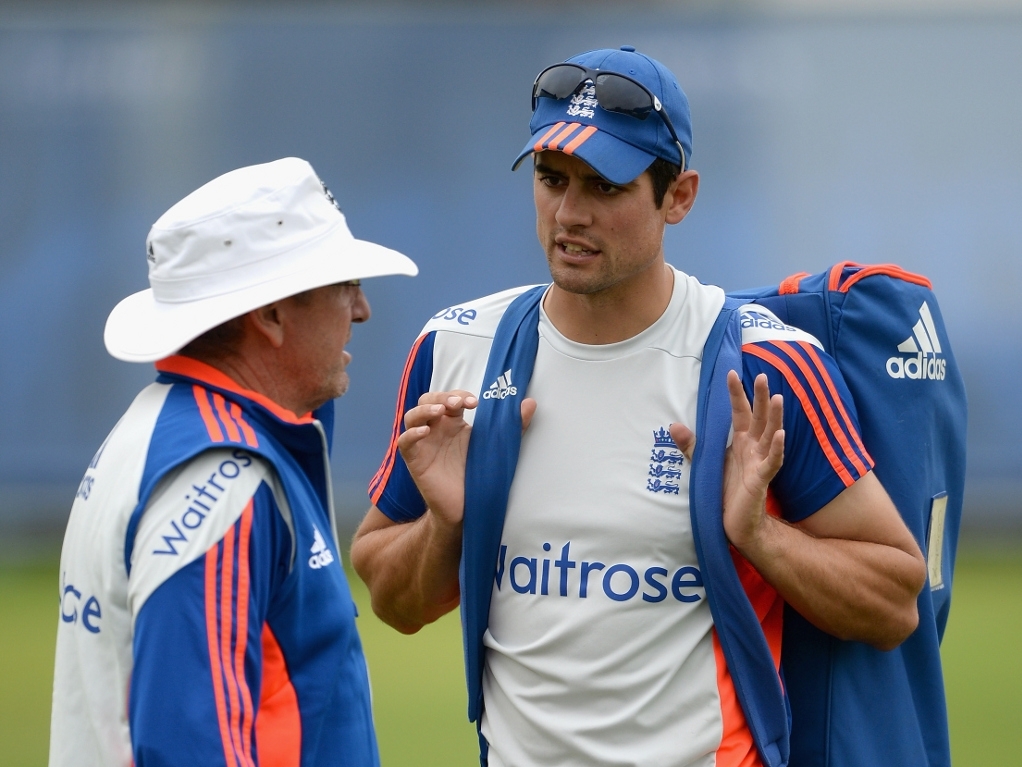 England head coach Trevor Bayliss and skipper Alastair Cook have not shut the door on players on the fringes of the Test team, saying that after their dire effort at Lord's, changes could be on the cards.

England lost by 405 runs on day four as they were bowled out for 103. Their top order was at fault, crumbling badly in both innings, and the likes of Adam Lyth and even Ian Bell are in danger of being replaced.

The selectors will meet on Tuesday about the disastrous game, with names like Jonny Bairstow and James Taylor popping up, though Bayliss added that he did want to keep players' confidence up in troubled times.

Bayliss said of the selection for Birmingham: "[Changes are] on the mind of anyone when the team is not playing like you would like, those things are always in the back of the coach’s and selectors’ minds.

"But what you've also got to do is give the players that are in there as much confidence as possible as well.

"They are obviously good players and the reason they are in the team is because they are thought of as the best players in England at the moment.

"There are some good players on the outside and we've got a selection meeting, I'm not going to speculate on what exactly will happen until Tuesday."

Cook was visibly angry after the game, saying: "To get bowled out on that kind of wicket for a hundred is not good enough, not acceptable. Not up to the standard that the guys can play.

"It’s (changing the team) certainly something we'll have to look at over the next couple of days.

"Certainly over the last three or four months, we've found ourselves too often 30 for four (or) 40 for three. That’s not ideal in any circumstance, in any team. It’s just not good enough.

"It’s incredibly frustrating. I said before the game the last (two) times we've gone one up in the series, we haven't managed to play anywhere near that standard we've set in the following game.

"For whatever reason, I cannot put my finger on it. We've spoken about. We had an opportunity here to build on Cardiff … and we haven't taken it.

"I think it’s probably a case of you can talk all you want, but it’s down to the players.

"The next time we get the opportunity, just do it. It’s not about talking; it’s about playing."