Home News Cook annoyed that Moeen’s ton was in vain

Cook annoyed that Moeen’s ton was in vain 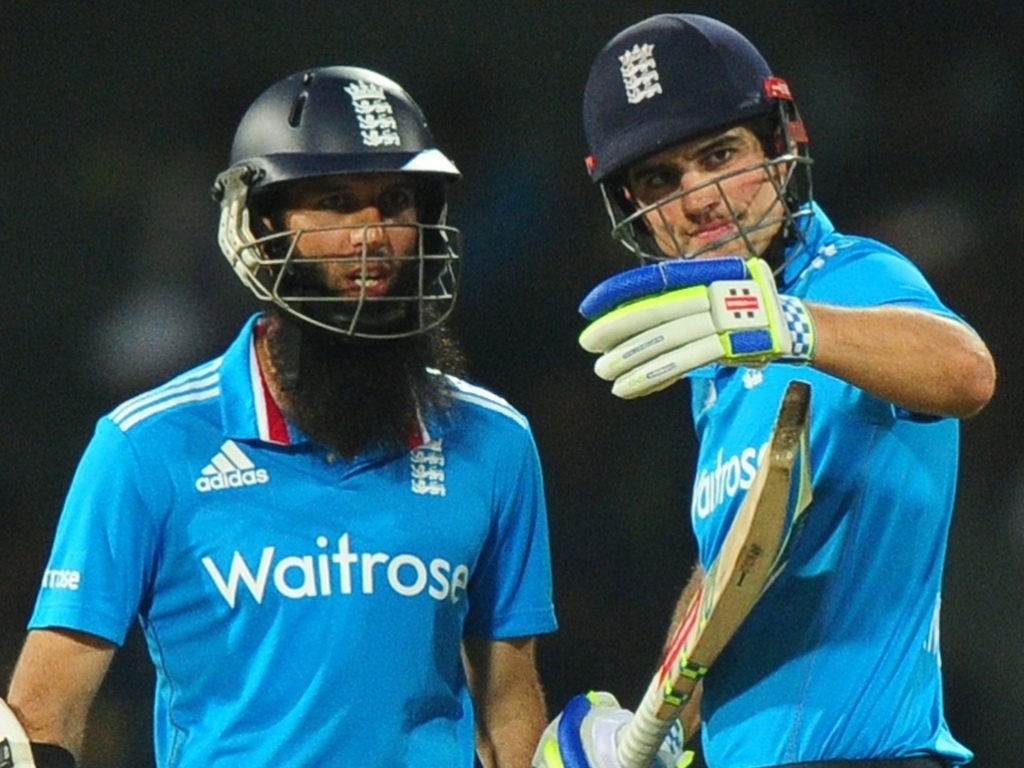 England captain Alastair Cook was frustrated by his side's defeat in the first ODI against Sri Lanka in Colombo, lamenting the fact that Moeen Ali's blistering century went in vain in the 25-run loss.

England needed 318 runs to win after allowing Sri Lanka to bat with freedom, and for a while it looked like they could get there. Moeen's century was the third fastest by an England player, off 72 balls.

The middle order failed though, and with Cook himself adding only 10 to the score, he was annoyed to fall short. Ravi Bopara's quick 65 saw them to 292 all out, a stone's throw from victory.

Cook said of his opening partner: "Mo played a fantastic innings to get ourselves going, we lost a few wickets and you can put that down to a lack of match practice.

"Obviously, Sri Lanka are battle hardened, but we did some good things, especially with the bat. Over here, if you get behind the run rate it is very hard to catch up and Mo played a super innings, we've got a lot of talent there. He showed us the way.

"It is frustrating we didn't put the whole game together. This is the first game on tour but it has been happening for a while now.

"When someone gets the third-quickest hundred you should win games of cricket, we showed a lot of good things in patches, we are just not putting a whole game together."

While Cook felt badly for Moeen, he as not as kind about the bowlers, lamenting the poor start to the Sri Lankan innings: "The first 10 overs we didn't bowl as well we could.

"We dragged it back nicely in the middle overs and they could have got a bigger score than that. We thought 300 was a par score and we knew we would have to really play well to chase that down.

"Our wides cost us, we bowled 16 and if you add up the extra balls and runs that is an extra 30 and we lost by 30 [25 actually] so that's obviously disappointing."