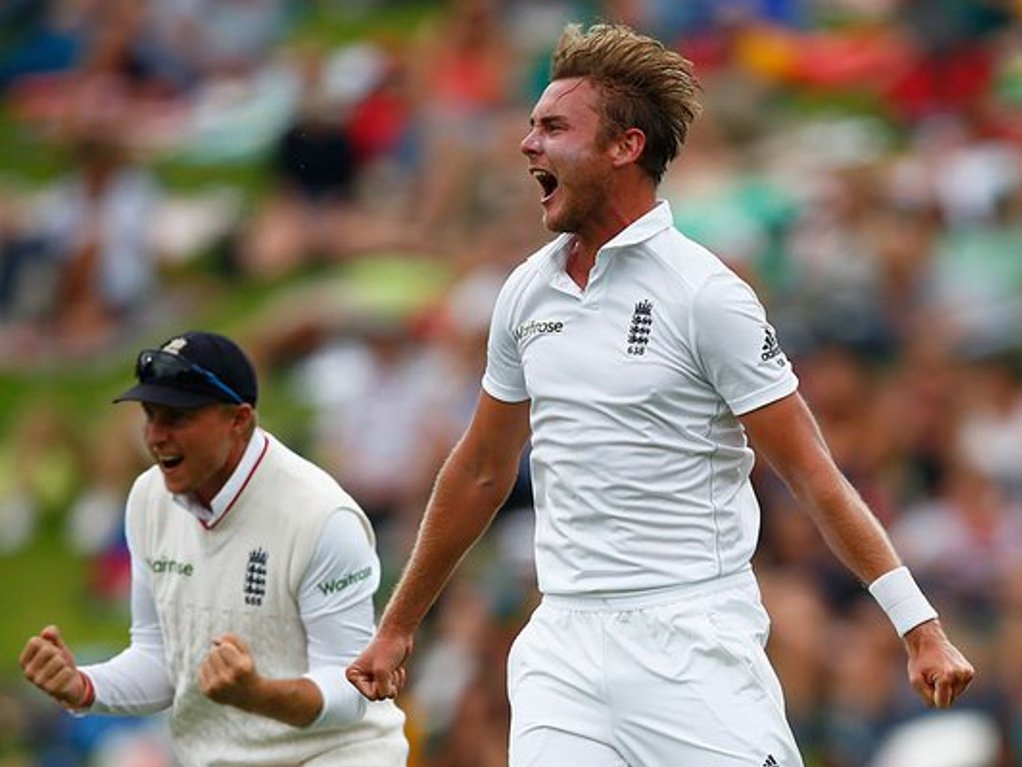 England skipper Alastair Cook feels paceman Stuart Broad's superb spell of bowling against South Africa was as a result of trying to prove his worth after being sick on day one at the Wanderers.

Many of the England players had a stomach bug ahead of, and on day one, of the match, and while Broad bowled 17 overs, he was not at his best that day. But he sure turned it around on day three, taking six for 17, and five wickets in one spell.

England won the match by seven wickets on day three, having reduced the Proteas to 83 all out, and needed just 74 runs to win. Cook said BRoad was pumped up at the start of the day's play.

Cook told Sky Sports: "At the beginning of the day, we were talking positively about how we were going to win the game, and Stuart was really on it.

"I don't know if he was disappointed at not feeling well on the first day, rushing off to the toilet, but I think he thought the other bowlers carried him even though he bowled 17 overs [in the innings].

"He just thought 'this is my time' and jeez, he bowled well. We knew that, on this pitch, if you could hammer it down on the top off stump at good pace with the brand new ball, and make them play, it would be really hard."

As for the paceman himself, he said he would love to take the Wanderers deck with him as it was so good for bowling. He was tired after his long spell, but felt it was worth it given the result.

Broad said: "The air's a bit thinner here so a ten-over spell is probably a bit much. But I got in a rhythm from the far end and it was a good day to bowl.

"The wicket offered a little off the seam and in the air, and for a 6 foot 6 bowler there was a bit of bounce there as well. I wish I got to take that wicket around with us most places, that's for sure.

"I was a little bit under the weather [on the first day]. I think most of our fans and players, everyone we know has been ill in the last few weeks.

"But fortunately the doctors got me over it pretty quickly, and the guys bowled well on that first day to cover my absence really."