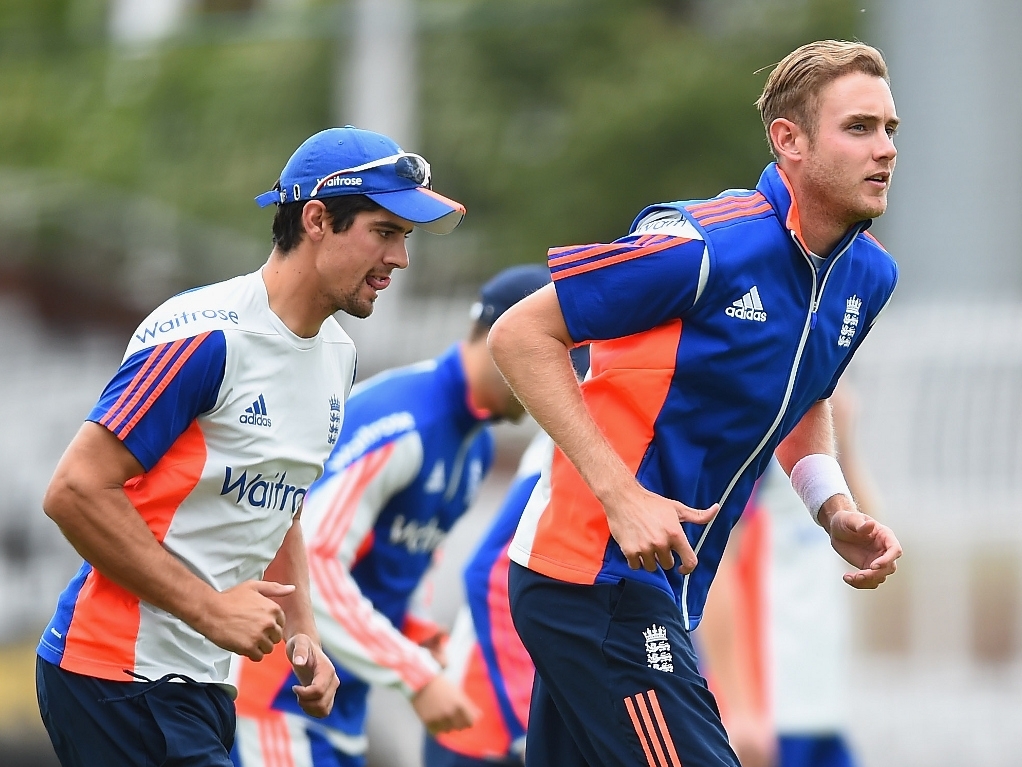 England captain Alastair Cook has no doubt that paceman Stuart Broad will be able to lead the bowling attack in the fourth Ashes Test at Trent Bridge, in the absence of veteran James Anderson.

England's leading Test wicket-taker was ruled out of the match with a side strain, meaning Broad, who plays for Nottinghamshire and needs one more wicket to reach the 300 club in Tests, will be the senior man.

Cook said: "I don't think there's been too many cases in history where a guy has 299 wickets and played 80-odd Tests and he's waiting to lead the attack.

"It's a great moment for him in terms of his home ground and stuff.

"Clearly Jimmy is going to be missed, we can't sit here and deny that.

"You don't play forever and think 'who is irreplaceable'. There's always someone who can come in."

As for the bowler himself, he is confident of taking over from Anderson as the attack leader, saying he and 'Jimmy' share the duties anyway, and he'll just need to be more conscious of chatting to the bowlers.

Broad said: "The importance of that (leading the attack) is not to apply too much pressure to myself. That doesn't change my role particularly.

"It will be important the bowling unit talk proactively in this game and that is what I will try and lead.

"That is what Jimmy and I do naturally so I will have to be a bit more conscious of that this week."