Cook closes in on Sangakkara record 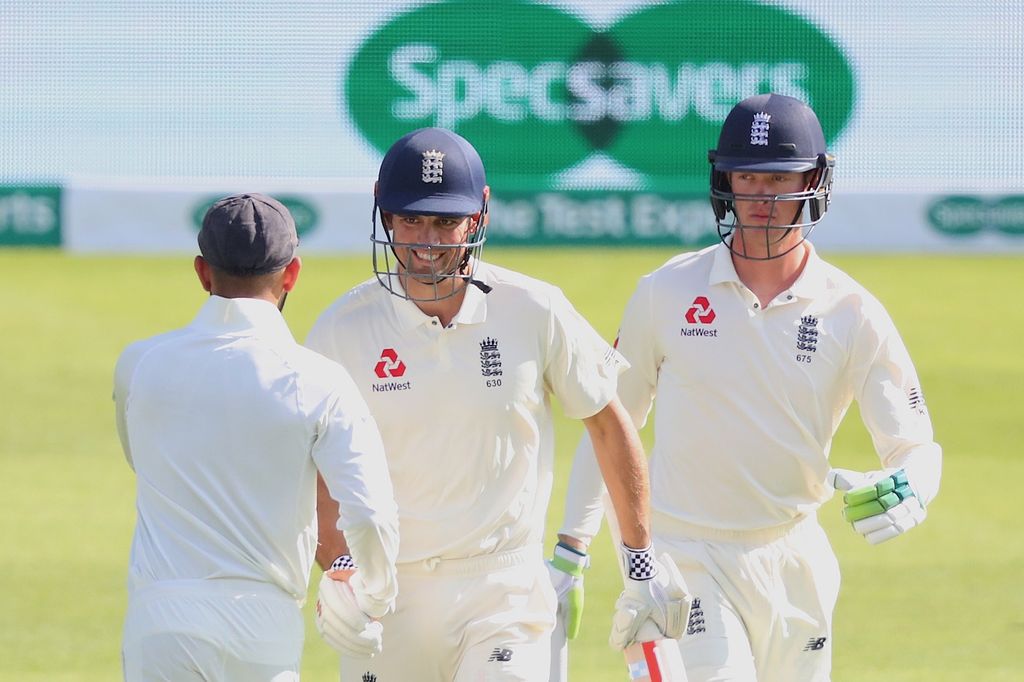 The retiring Alastair Cook carried England to a promising 114 for two on day three of the fifth final Test against India at The Oval in London on Sunday.

Resuming on a delicate 174 for six, India ended on a respectable 292 all out in response to the hosts’ first-innings 332. All-rounder Ravindra Jadeja spearheaded the resurgence en route to an entertaining 86 not out – 14 short of a maiden Test century.

England then grew the second-innings lead to a sizeable 154, as Cook targeted a 33rd and final Test century.

An awkward trend continued for Jennings, who delivered plenty of promising starts throughout the series, but never reached more than 46. His dismissal was particularly telling of this poor stretch of form. The right-hander, indeed, incorrectly judged the line and left a delivery that crashed into the middle- and off-stumps.

The 33-year-old Cook will retire from international cricket at the end of this series – and moved to an unbeaten 46. Less than 30 more will see the veteran left-hander join Indians Sachin Tendulkar and Rahul Dravid, Australian Ricky Ponting and South African Jacques Kallis in the top five of Test match cricket’s leading run-scorers. Sri Lankan Kumar Sangakkara currently occupies fifth position with 12400, while Cook has 12371.

He was well supported by captain Joe Root, whose complementary 29 not out aided an unbroken 52-run alliance.

The pair will resume on Monday, when England will be eager to grow the lead to 300-plus. Seamer James Anderson will then be afforded the opportunity to break a world record.

Anderson is attempting to surpass Australia’s Glenn McGrath as the leading wicket-taker, among seamers, in the longest format of the international game. He currently has 561 to the Australian’s 563. The Englishman is playing his 143rd Test, while McGrath appeared in 124.

England boast an unassailable three-one lead in the five-match affair, having won at Lord’s, Edgbaston and Southampton. They were defeated at Trent Bridge.