Cook downbeat but happy with effort 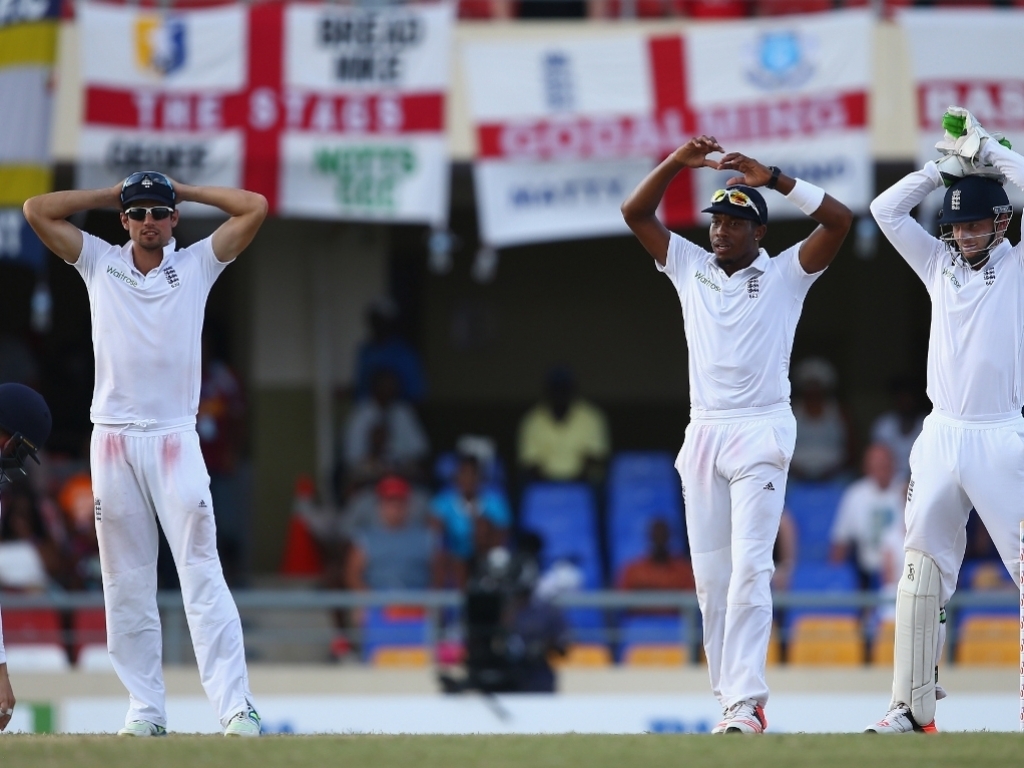 Although he feels his team did everything they could to force a win in the first Test against the West Indies in Antigua, England captain Alastair Cook admits they will still leave the Island on a bit of a low.

England needed to take eight wickets on the final day to secure the win but the home side, powered by century from number eight Jason Holder, showed dogged resistance to force a draw.

Even though the visitors took three wickets in the first session, the pitch never deteriorated and was still a good one to bat on as the men from the Caribbean batted for close to 130 overs to still keep the best of three series at no score, eventually ending on 350 for seven.

After the match Cook said: "I think the whole dressing room has a bit of a downer on because we left everything on the pitch, as we had to do. I wouldn't swap much of what we did on a pretty docile wicket, but credit to Holder because he soaked up a bit of pressure.

"I think you could start another Test match again on that wicket and it would last another five days. It didn't deteriorate at all but we came close to winning a Test match on it.

"We threw everything at the West Indies, we played a pretty good Test match and came up just a little short. It was probably a points victory but we go to Grenada now."

The second Test starts in Grenada on Tuesday.