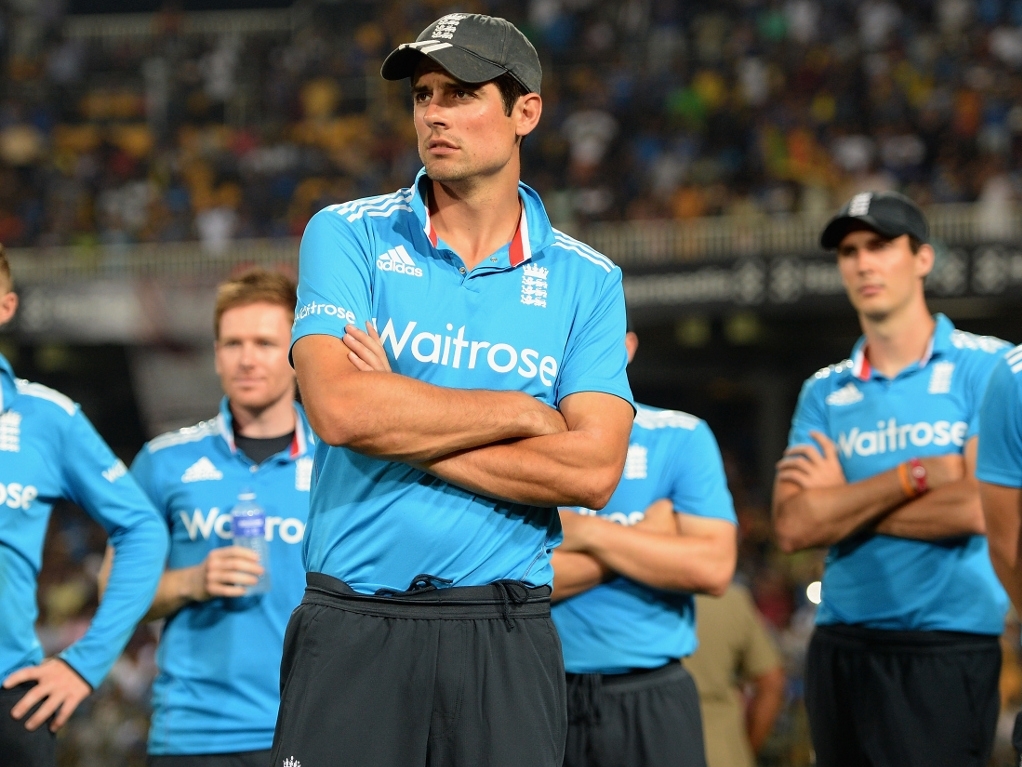 Alistair Cook has been removed as England's ODI captain and replaced by Eoin Morgan, less than two months away from the start of the World Cup.

Cook came under increasing pressure over his captaincy and batting during the recent 5-2 series defeat to Sri Lanka, with former captains Nasser Hussain, Alec Stewart and Michael Vaughan all calling for him to resign, though he steadfastly refused.

That decision has now been made for him, however, following a selectors' meeting on Friday.

It's the latest in a series of challenges the 29-year-old has had to face in England cricket this year, including a 5-0 Ashes defeat and the sacking of Kevin Pietersen.

Following the Ashes whitewash there were also calls for him to resign as captain in the longer format, though he will stay on in that role.

Cook took over as ODI captain in 2011 and enjoyed an initial period of success in 2012, but he has averaged only 27.52 in his last 20 One Day Internationals and hasn't presided over a series victory since England were beaten by India in the final of 2013 Champions Trophy.

New captain Morgan started his career playing for Ireland, but has played over 100 ODIs for England.

His recent batting form has been similarly disappointing, with an average of just 25.45 in his last 23 matches, though he averages 71.16 in the nine matches he has deputised as one-day captain, with England emerging victorious on three of those occasions.

England will play in a tri-series alongside Australia and India in Janaury before their World Cup campaign starts against co-hosts Australia in Melbourne on February 14.