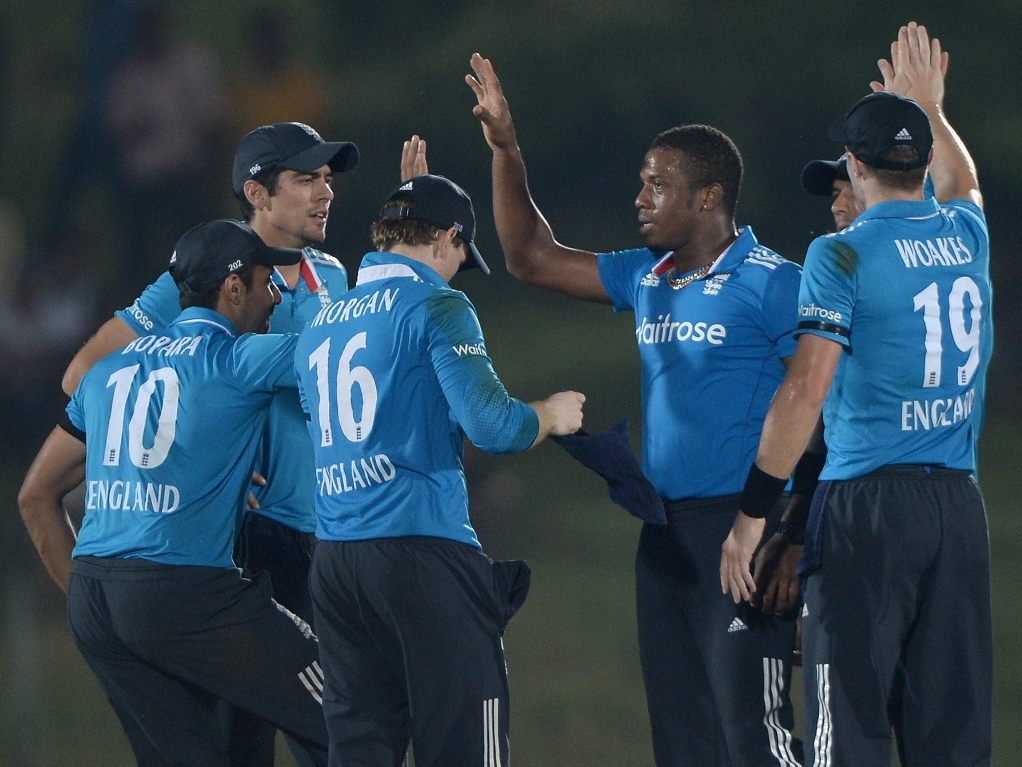 England captain Alastair Cook is pleased with the gradual improvement that his side is showing in ODI cricket and the way the younger members of the squad are contributing to the side's victories.

Woakes had figures of six for 47, the third best by an Englishman in ODI's, as England dismissed Sri Lanka for 239. Taylor and Root then shared a 104 run partnership to win by five wickets as England came back the next day to score the runs because of persistent rain.

Cook said: "It's not so much a relief. I thought, the way we played over two days, we deserved to win.It seems a long time ago but the way we bowled, first of all, was fantastic.

"It's great credit to Chris Woakes that he's got two of the best three sets of figures. Then the way James Taylor, and particularly Rooty, played was just phenomenal batting today."

Kumar Sangakarra scored 91 in the Sri Lanka innings and Cook was quick to point out that Root's match-winning innings was just as good as the Sri Lankan legend.

He said: "I thought the way Sanga played yesterday was just a masterclass in batting, and I thought Rooty hit the same level as that. So that's a fairly big compliment. Sanga was brilliant, and when Rooty went on and was there at the end that was in the same league."

The skipper also paid tribute to Taylor who, after making 90 the match before, is making a strong case to be regular in the side for the World Cup, which starts early next year.

The captain said: "He's got a really good head on him. He's gone away and obviously worked incredibly hard on his game. The last couple of years his domestic record is right up there. He's got his chance here and taken it with both hands.

"He's slightly shorter in stature and he scampers through for runs. He and Rooty, when they needed to take the pressure off themselves, found the boundary – but hitting the ball to mid-on and going straightaway, that's a hallmark of good one-day batting."

When the World cup is mentioned, Cook is positive that the team is moving in the right direction and feels it would do wonders for the squad if they could come back and win the series in Sri Lanka.

Cook explained: "There's a real excitement among the group about what's going to happen over the next three months. I know we've lost three games, and can't hide from the fact we're still down in the series, but I think we've made some really good strides in these conditions.

"When we get to the tri-series (against Australia and India in Australia), we have to adjust to those conditions and keep working, then we have another month before the World Cup.

"I'm really happy with the way it's going. It would be great if we're sitting here in five days with two more wins."