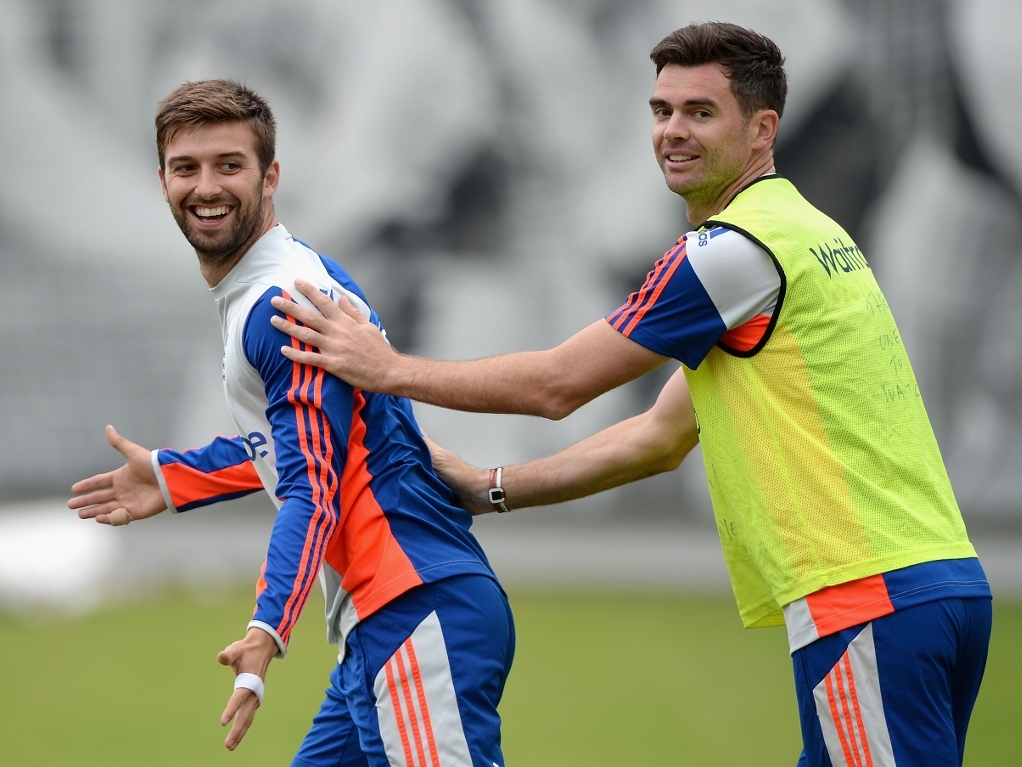 England captain Alastair Cook has hinted that Durham fast bowler Mark Wood will play in the fourth Test at Trent Bridge as a replacement for James Anderson, calling the pacemen 'like for like'.

England won the third match at Edgbaston inside three days, by eight wickets, but the win was blighted by a side injury to Anderson. He is the leading wicket-taker at Trent Bridge, so Cook was disappointed with the situation.

Wood had missed out at Edgbaston due to a slight ankle niggle, and Steve Finn played instead. He took full advantage, bagging a second innings five-fer. As such, Wood will likely join up with Finn.

But Cook said of the choice they face, with Chris Woakes' name also being bandied about: "Jimmy and Woody are quite like for like.

"It is disappointing. Jimmy's record at Trent Bridge is brilliant.

"I said at the beginning of the week we have an opportunity at 1-1 to do something really special in the next three games.

"Now it is an opportunity for someone lucky enough to replace Jimmy to do something very special."

As for his own batting, Cook made 34 and seven and felt he wasn't really a key contributor to the game, but was delighted with the rest of the side. He was pleased with the way they shook off the disappointment after losing so badly at Lord's.

He added: "I can't really talk about it in terms of what I have done, it was down to the other guys who played.

"Ten other guys have put in a performance of really high quality. Every single one of them can be very proud of the character they have shown.

"There was a lot of negativity about our performance at Lord's, which was justified and then to bounce back and play as well as that is down to character and good skill.