Home Countries England Cook: I can have no complaints if sacked

Cook: I can have no complaints if sacked 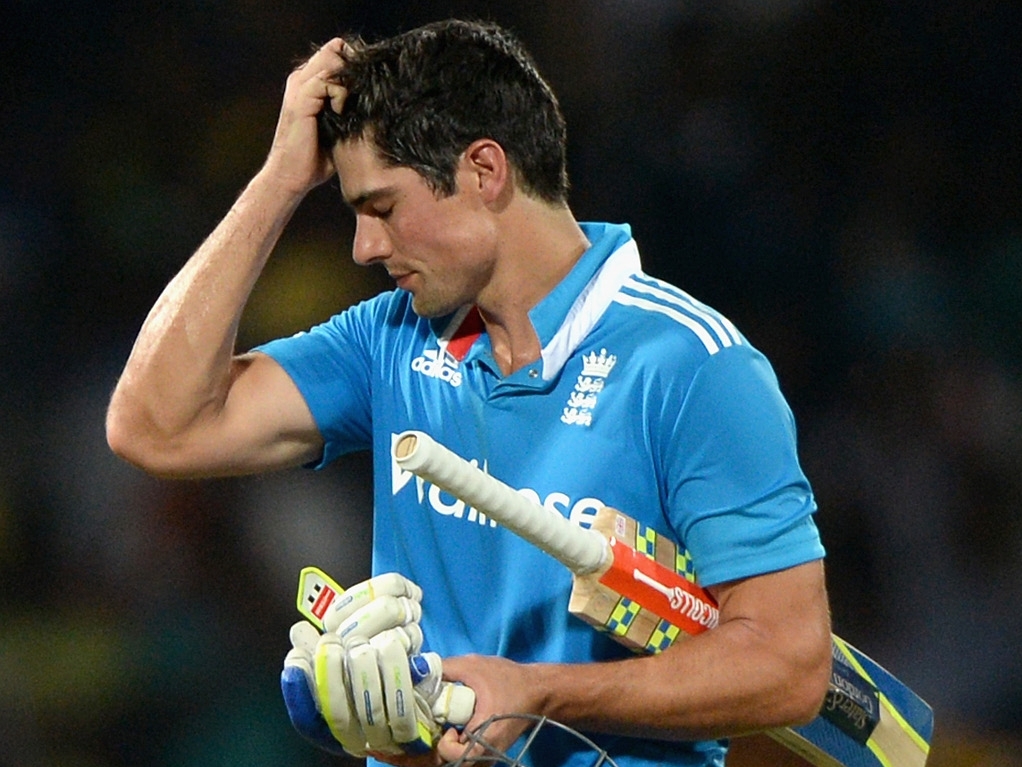 England captain Alastair Cook has admitted that his batting form this year has not been good enough and that he could have no complaints if he was sacked as skipper before the World Cup next year.

Cook was speaking after England went down 5-2 in a seven-match series in Sri Lanka, a series in which the skipper failed to make any significant contributions with the bat at the top of the order.

The left-hander scored 119 runs in six innings and only averaged 19.83 with a highest score of 34. He was also suspended for one match because of a slow over-rate,

Cook's captaincy record has not been great either. Under his guidance, England have lost four out of four series this year, with their only series win coming against the West Indies when Cook was rested.

Cook said: "I can't have any complaints if the decision went against me. It's not been for lack of effort or wanting to try and improve my game I just haven't been good enough this year.

"No one has got any divine right to play for England, that's the way it should be and my performances this year in the one-day game haven't been good enough."

Cook, who continues to have the backing the of head coach Peter Moores and ECB managing director Paul Downton, insists that he will not step down and will leave the decision up to the powers that be.

"So if it happens I could have no complaints but as a leader you take tough days on the chin and hope people are learning from it."

Cook's form in ODI cricket has been extraordinarily poor. He has scored only one fifty in his last 22 innings, but believes that he just needs one good score before the runs start flowing from his again.

He explained: "It's a frustration to us all because away from the middle I've hit the ball as well as I have done, especially on this trip.

"The longer that number goes up the more of a worry it is but you do what you always do, keeping trying, working hard as you can at your game and you back yourself to turn the corner. When the floodgates to open it should be good."

Looking ahead to the World Cup, Cook still thinks that England could do well at the showpiece event.

Younger players have put there hands up in the last few months and with Stuart Broad and James Anderson to come back from injury, Cook can see where the team is heading.

He said: "I'm incredibly hungry to do well, I don't like not seeing a job through, and I see a lot of potential in this team. Jimmy and Broady will come back and add some real quality to our bowling attack and we'll go there hopefully in a good frame.

"It's been a year you wouldn't expect but England have found some outstanding cricketers as well.I think we can surprise people.

"We're going to have to play better than we have done here. We've got a huge amount of talent in the squad and I think we've made some good strides in certain areas on this tour.

"We've worked incredibly hard, so yeah, there's no reason why we can't in better conditions for us."