Cook: I’m not the same class as Gooch 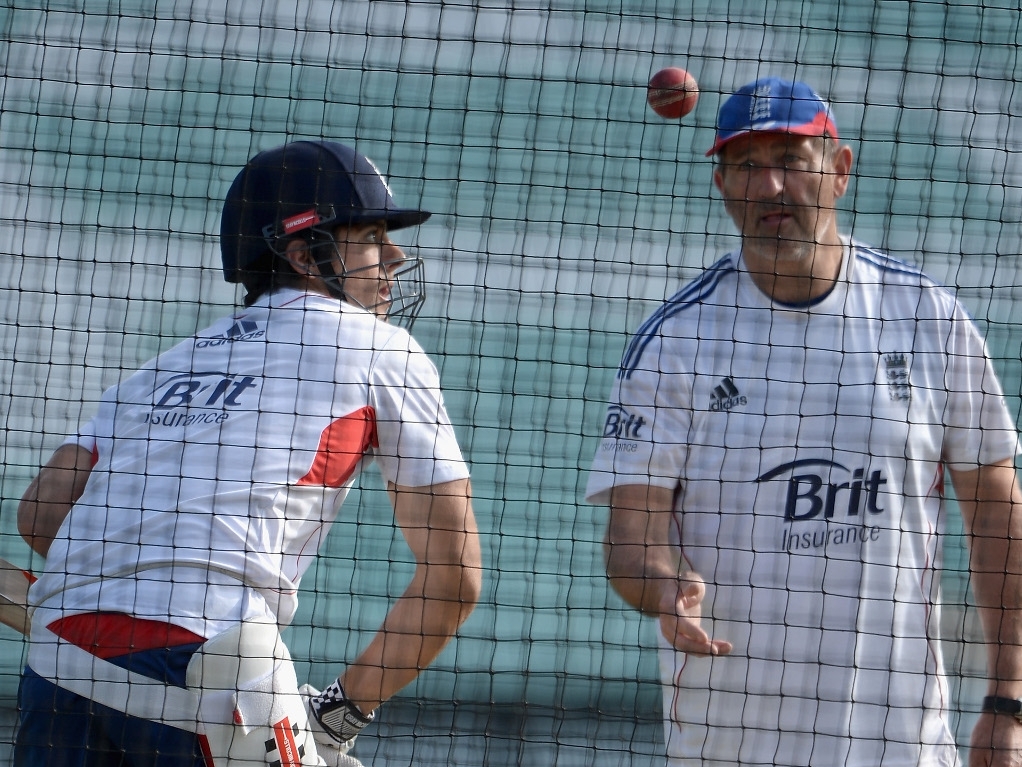 England Test captain Alastair Cook says he will be honoured to reach long-time mentor Graham Gooch's record for most Test runs for England, but feels that he's not on the same level as 'Goochie'.

Cook needs 32 more runs to overtake Gooch's 8900 runs, and while he is eager to do so in the second Test against New Zealand in Leeds, he wants to make sure he gets significantly more runs than 32.

Cook has been keeping Gooch close in recent months, even after the legend was sacked as England batting coach, saying their relationship was built on years of experience and trust, and Gooch was a valuable sounding board in tough times.

Cook said: "I wouldn't put myself anywhere near in Goochie's class but it would be a great moment. As always with batting, it is always fraught with danger – you are always one ball away from getting out.

"However nice it will be to score 32 to pass the Great Man, that won't be enough for the game. You want to make big hundreds.

"Sitting in the changing room, you just don't believe you are top of the tree when you see the other guys you are statistically ahead of. I wouldn't be here, or anywhere near, without Goochie's help.

"It will be slightly strange to go past his record because without his hard work and dedication to me and my game I wouldn't have scored half the runs I have.

"We have worked together since I started on the Essex staff at 18. We both made a decision that I would try and work with different coaches.

"While it was really refreshing to work with different guys I think it is important that you have one guy you go back to. He knows your game and you as a person and I think that's vitally important.

"When you get scrutinised as much as you do at international level it is easy to get distracted. To have a guy you trust, and you have always worked with, is really important for a batter coming through."