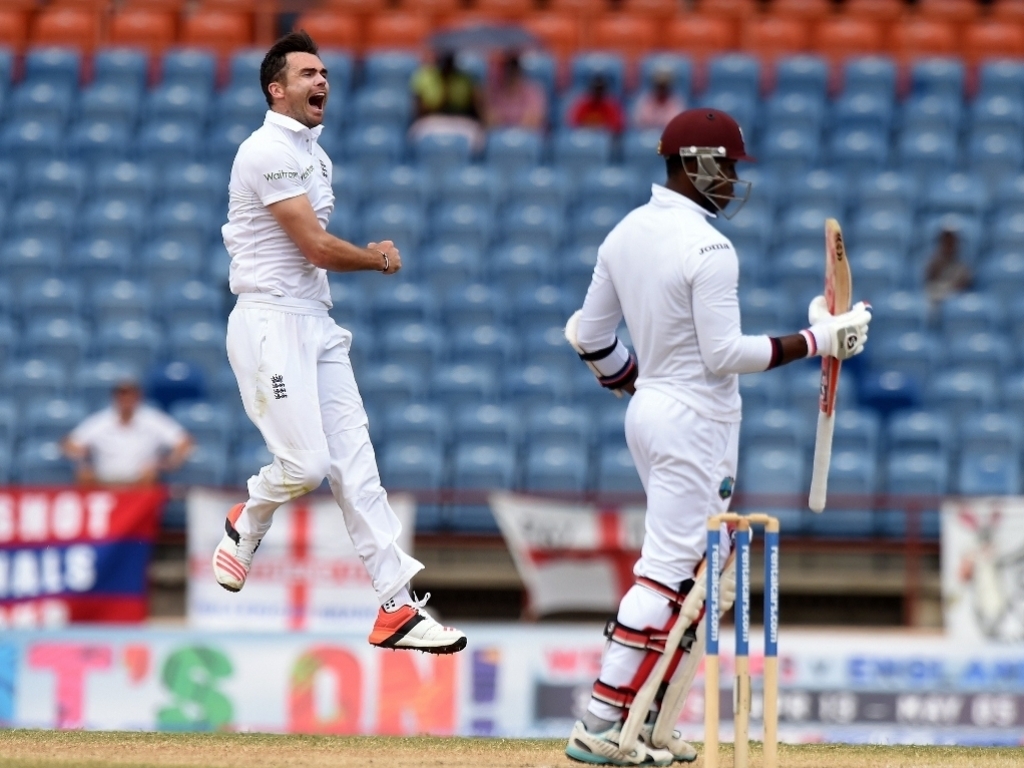 England captain Alastair Cook lauded fast bowler James Anderson after his devastating spell in the morning session changed the course of the match and propelled the Three Lions to an unlikely victory in the second Test against West Indies in Grenada.

Resuming Day five on 202 for two, with a lead of 37, a draw seemed to be the most likely outcome on a rather docile pitch that was offering nothing to bowlers.

But Anderson, armed with the second new-ball, took three wickets, a catch and was involved in a run-out as the home team lost their last eight wickets for just 83 runs either side of lunch.

That left England a target of 143 and they got to the socre with only one wicket down as Cook and Gary Ballance stroked half-centuries as England went one-nil up in the series with one match left in the series.

After the match, Cook said: "The new ball was really crucial. It was all about trying to put the ball in the right areas and credit Jimmy, what an outstanding spell that was.

"I can't fault the lads, it was a tough wicket to get any kind of result, slow and flat. To get 20 wickets the way we did was a great effort, down to attitude, character and a lot of skill.

"You can always improve on a performance but the lads were brilliant. The wickets have been slow and hard to force a result on but we've put in a lot of hard work and got our reward today."