Cook lauds youngsters for rising from the Ashes 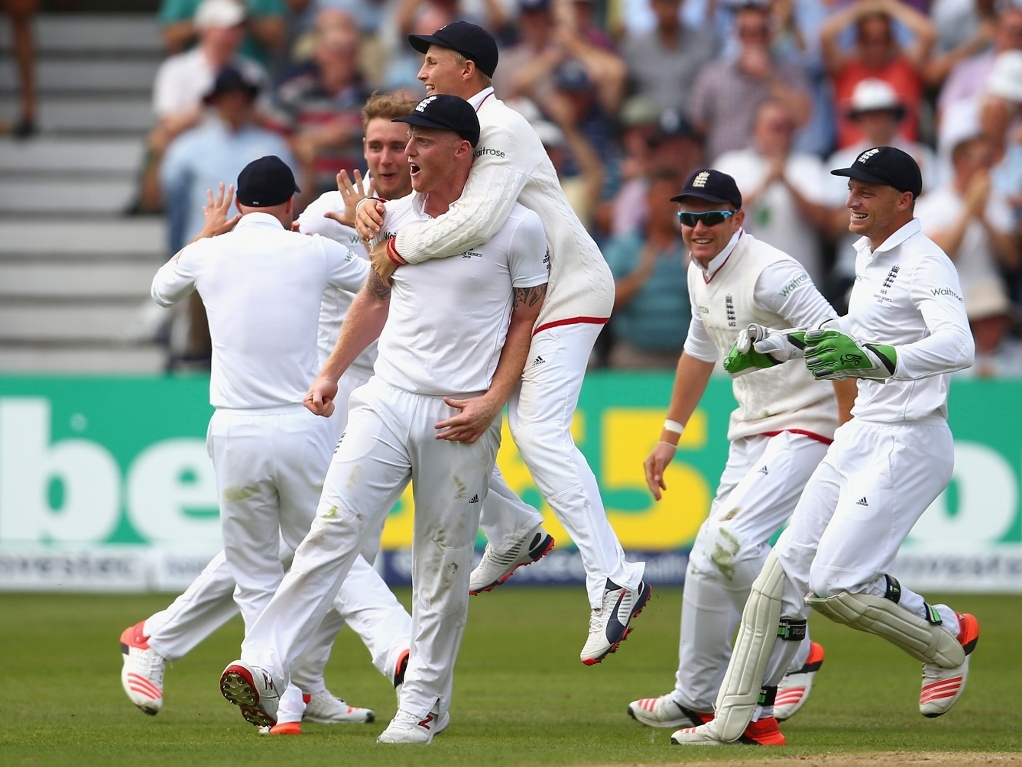 England captain Alastair Cook lauded his young side after they regained the Ashes by thumping Australia by an innings and 78 runs on third day in the fourth Ashes Test at Trent Bridge on Saturday.

The Three Lions took an unassailable three-one lead in the five-match series after winning Tests in Cardiff and Edgbaston. The Aussies won the second Test at Lord's.

It was an especially sweet moment for Cook after he captained the England side as they lost the last Ashes five-nil in Australia only 18 months ago.

The England skipper was proud of the younger members of the side like batsman Joe Root and allrounder Ben Stokes, who were the top performers in the series for the home side.

Cook said at the post-match presentation: "When you lose 5-0, there's a turnover of players and a new side develops, it takes a bit of time but you see what talent there is in the country and we saw the end potential here.

"Ben Stokes was fantastic here. Joe Root has gone from strength to strength – they have driven this side forward – and the senior players have led so well.

"As a captain, I'm very lucky to have a group of senior players, Broady to step up, Jimmy, Bell, the support I've had from them means a lot.

"Today's not about me, or me getting emotional, it's about players who have taken that journey through some incredibly tough times to get the amazing times. That's the moment you play for, when Woody gets the last wicket."

The fifth and final Ashes Test starts at the Oval on 20 August.