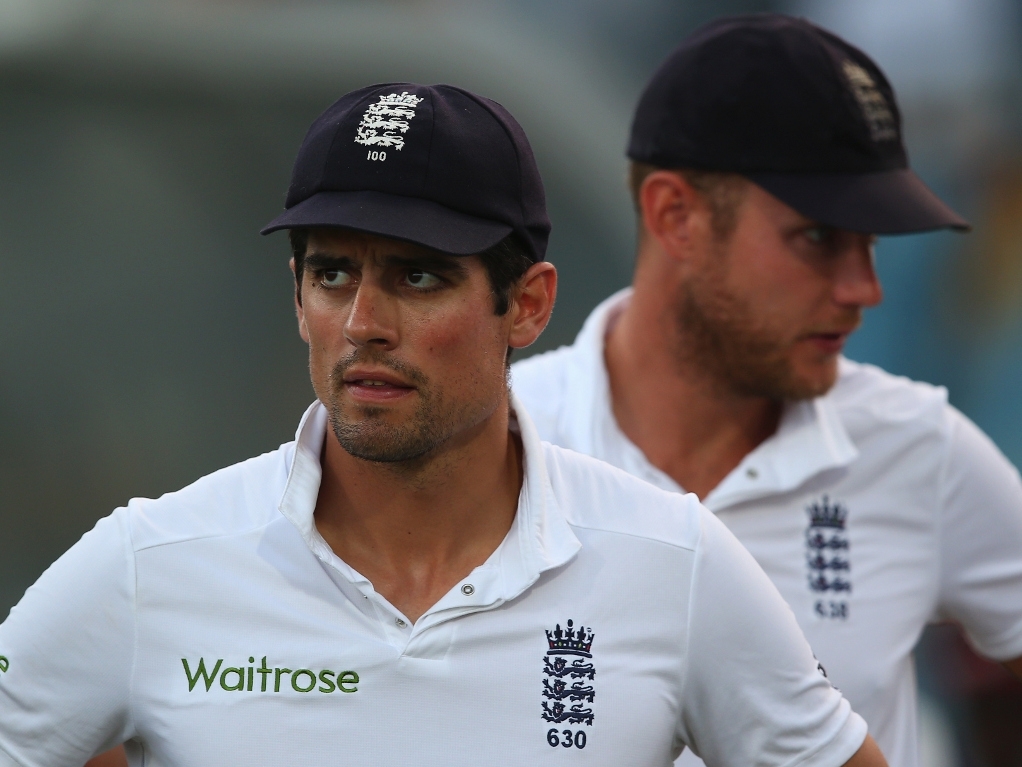 England Test captain Alastair Cook was understandably disappointed by his side's third-day defeat against the West Indies in Barbados, and said the home side had been helped by comments made by the new ECB chairman.

Colin Graves had said before the tour that the Windies would put out a 'mediocre' side and that England were sure to win, and while that may have been positive in intent, Cook feels it had the opposite effect in helping the Windies find motivation.

The first Test was drawn, the second won by England convincingly, but the third was a rollercoaster of wickets and vital knocks. Cook himself made his first ton in two years, but the rest of the batsmen failed and England lost by five wickets.

Cook, who did conceded the Graves comments shouldn't have mattered, said after the defeat: "That’s his right as chairman to say what he wants. A comment’s a comment. People can say what they want.

"It’s never ideal, against an opposition you're about to play. It gives everyone else a team talk, we know that.

"But we can't control anything about that. So as the players, we get on with it. If we'd played to our potential and taken our opportunities it would have been irrelevant.

"We were probably 50 runs short on the first innings, but we still got a 70-run lead which on that wicket was a lot of runs going into the third innings.

"It shows you can never win a Test match in a session, but you can lose it, and that’s pretty much what we did."

Looking ahead, Cook still feels that the side can regain the Ashes, having been whitewashed in the most recent edition in Australia in early 2014, and is sure his young batsmen will be world beaters.

He added: "The best England side I played with started out losing out here (in the Caribbean in 2009) 1-0. We had an amazing run after that, and got better and better.

"I've got no doubt that these players will get better and better. Hopefully we can replicate the journey the other side went on.

"I believe Joe Root and Gary Ballance will break all kinds of records for England. Jos Buttler is looking more and more like an international player."