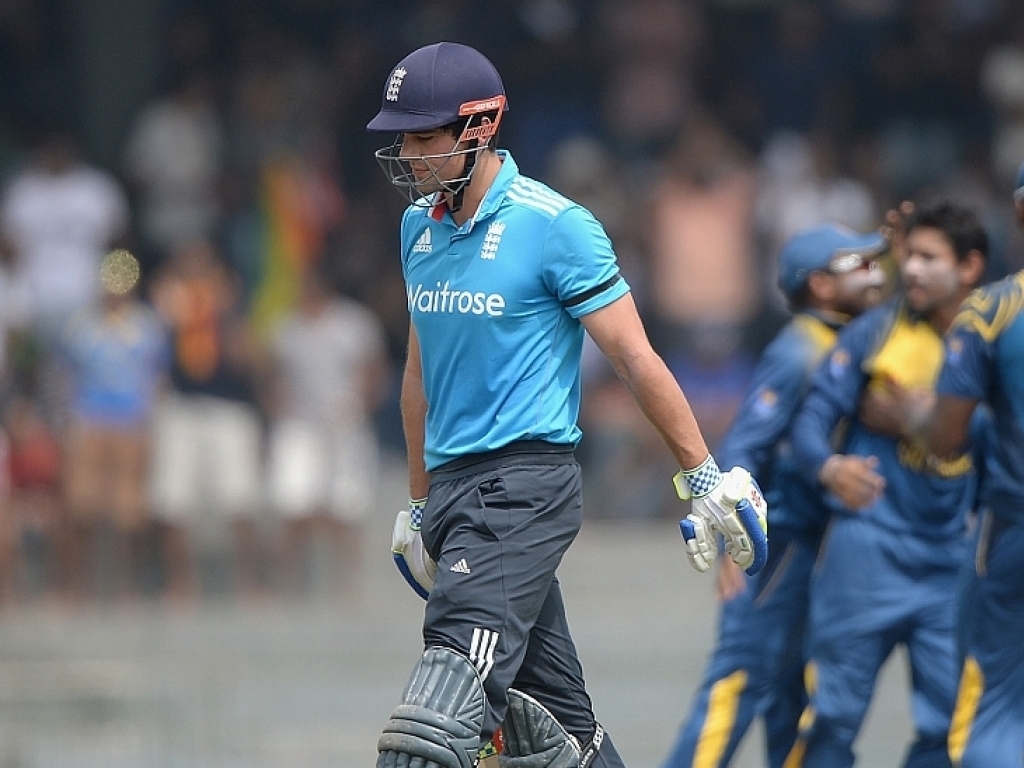 England captain Alastair Cook has dismissed Kevin Pietersen's calls for him to leave his post as leader of the One Day International (ODI) side.

England suffered an eight-wicket defeat to Sri Lanka in Colombo on Saturday in what was Cook's side's 15th defeat in 22 ODIs against other Test-playing nationals.

"Dear Alastair, if you care about England's chances this winter, please resign," Pietersen wrote on Twitter.

Pietersen also suggested that Alex Hales should replace the England skipper at the top of the order, by virtue of the hashtag "get Hales in".

"People are entitled to their view. That's the nature of the beast when you're on the outside," the 29-year-old opener said.

"People believe what they want to believe. In our dressing-room, we've got to stay strong as a group.

Cook was dismissed for 22 on Saturday as England were dismissed for 185 in the second match of the series to take his tally in 2014 to 436 runs in 16 matches at an average of just 29.

"I think you feel the heat when you're not scoring runs," Cook continued.

"If you have two games at the start of a tour, and don't score them, you're naturally going to start feeling that.

"I've just got to do what I keep doing, believing in myself, doing my basics right."

Cook has been in charge of the England limited overs side since 2011 and his tenure started well.

Since then, though, England have managed only seven victories against leading nations and with just nine matches more left before the World Cup in Australia and New Zealand next year, time to finalise their combinations for the global showpiece is rapidly running out.

Former skipper Michael Vaughan, though, believes there is still enough time to make the necessary changes.