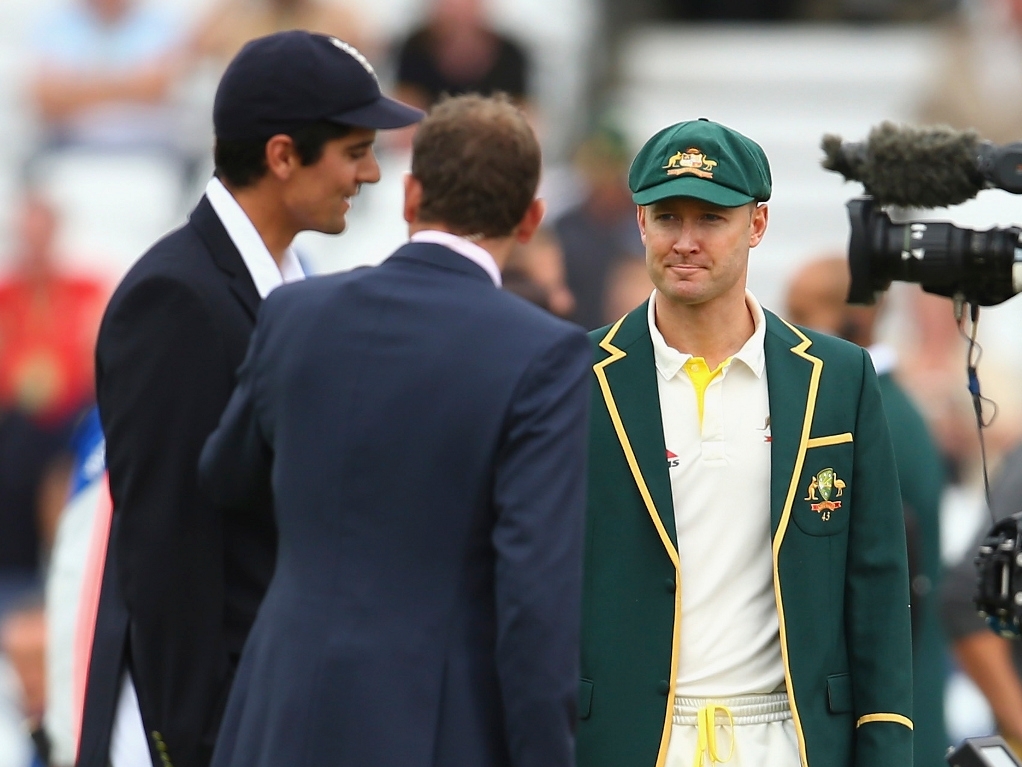 England captain Alastair Cook has praised Australia opposite number Michael Clarke, calling him a 'mighty fine batsman' and hopes that people will remember Clarke for the good he's done in his career.

With Clarke a fairly divisive character, on and off the field, Cook defended his counterpart, saying that he deserved to be remembered for his cricketing record, and his contributions as captain.

Clarke will retire after the fifth Ashes Test at The Oval, a series Cook's side has already won.

Cook joked when asked of their bowling plans for the Aussie skipper: "Hopefully not half-volleys.

"Michael has been a wonderful cricketer for Australia and, hopefully, he'll be remembered for all the right reasons.

"Australia will miss a mighty fine batsman and a very good captain."

Another player England have paid a lot of attention to is Mitchell Johnson, the man who demolished England in the Ashes Down Under 18 months ago. Cook has been pleased with how his batsmen have managed to keep Johnson quiet.

He added: "We've played him a bit better. On the whole, we think we've played him very well, played all their bowlers pretty well – and we've scored at a good rate.

"We might have lost wickets as the game has moved forward but our scoring rate has been impressive.

"They haven't managed to tie us down as well as we've managed to do with them."