Cook set for ODI ban due to slow over rate 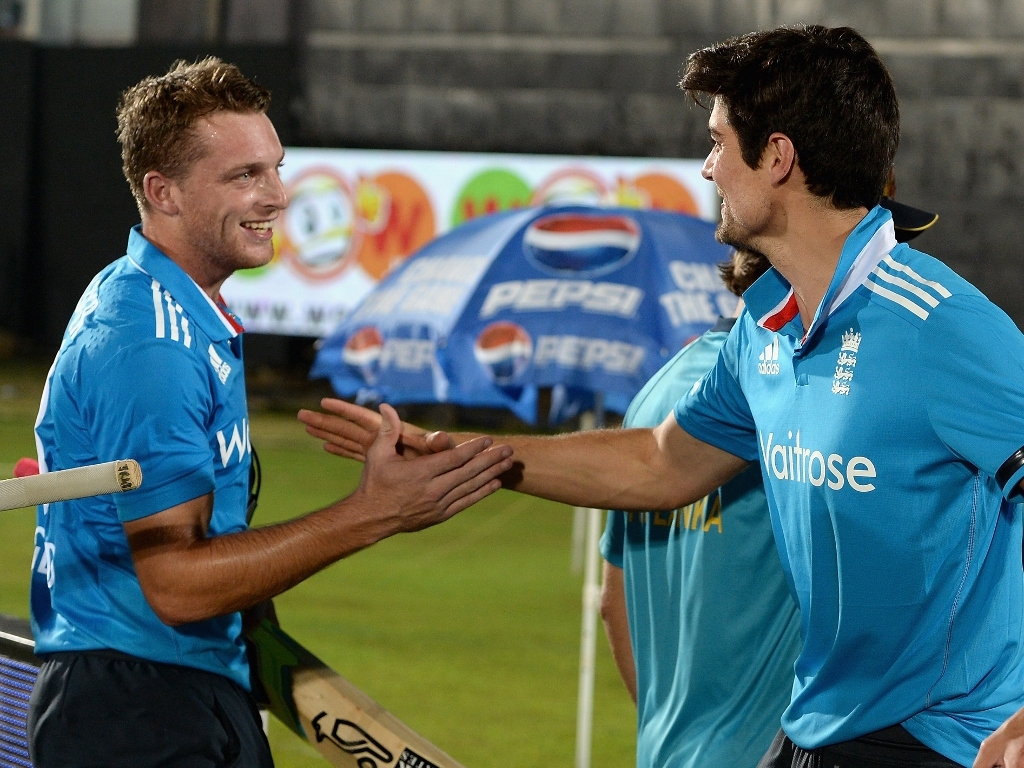 England captain Alastair Cook is set to miss the fourth ODI against Sri Lanka due to a slow over rate ban, after he failed to keep time for the second instance this year.

Cook was fined for a slow over rate against India, so this second offense, against Sri Lanka in the third ODI, will see Cook miss the next match. England won it though, to make the series two-one with four to play.

Cook had said after the game in Hambantota of the mitigating circumstances: "It's hard when the ball goes everywhere and it is such a big ground.

"It takes a while for the batsman to walk out so hopefully people will be kind to me and hopefully I will get away with it."

England won by five wickets, with Jos Buttler and Joe Root putting on an unbeaten near-century stand to see them to the 236 required off 35 overs. Rain had reduced the game over 30 overs overall.

Cook said of pulling a game back: "It's great to get over the line. We probably made it harder than we should have; we had a great start with Mo (Moeen Ali) and we were cruising.

"But it was a great knock by 'Jose' (Buttler) and Rooty (Joe Root) to get us over the line. It will give us a lot of confidence and 2-1 looks a lot better than 3-0.

"A side playing better and winning more often would have found it easier than we did. The run rate was going up and up but if you can hit the ball the way Jos can when he’s in then anything can be scored."

Of his own efforts, making 34 in an 84-run stand with Moeen Ali, Cook added: "It was nice to score a few. It was disappointing to get out when I did because we were building a good partnership.

"We thought 235 was about par on a really good wicket, credit to the groundsman and all the people that helped us get a game."

Sri Lanka skipper Angelo Mathews was disappointed with the slip-up, saying that while the ball was a bit soggy, their fielding and death bowling were poor, given the good target they had set.

Mathews said: "The spinners found it difficult as it was a bit wet but we put on a poor show in the field today.

"We had a poor bowling performance and with the catches and no-balls, it cost us the game. But we're not going to panic after one game – we've got to bounce back hard."