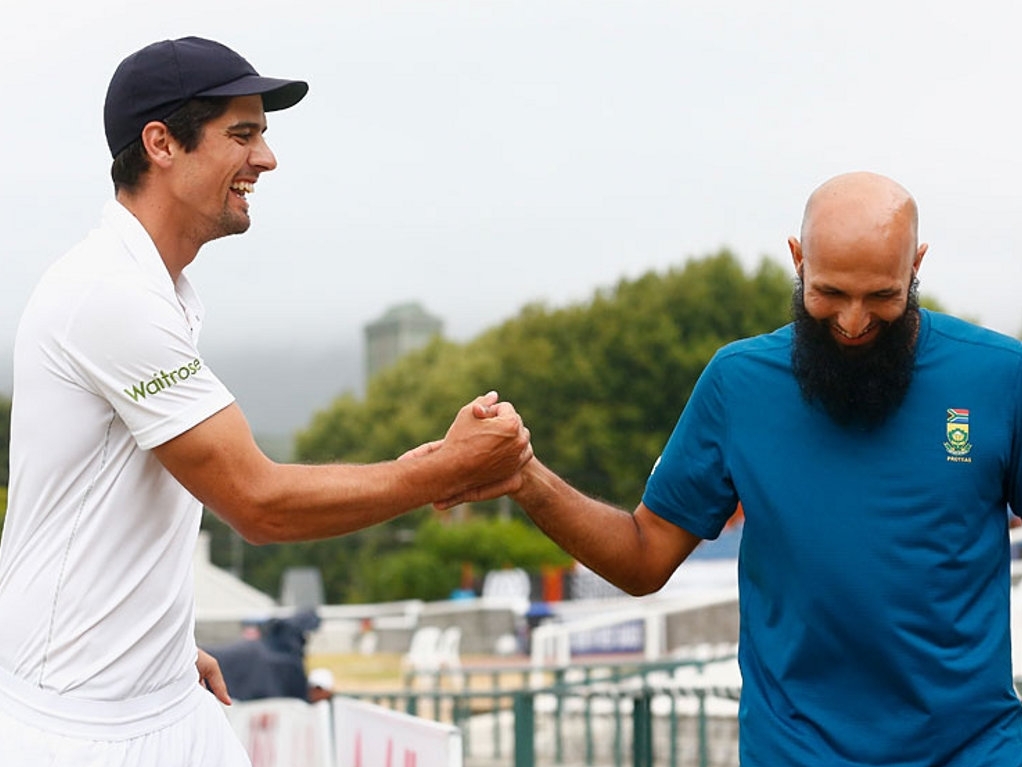 England Test captain Alastair Cook said it came as a shock when he heard that Hashim Amla had stepped down as captain of South Africa following the second Test draw in Cape Town.

Amla, who scored 201 in the match to save the Test for the Proteas, announced that he was giving up the role to focus on his batting, and handed the proverbial armband to AB de Villiers.

Cook, who was happy with the draw given the sudden turn around in his side's fortunes on day five, made a joke referencing the fact that it tends to be England skippers that resign when the sides clash, with Nasser Hussain, Michael Vaughan, and Andrew Strauss all falling on their swords after facing the Proteas.

Cook said after the match and announcement: "It's a bit of a shock. He played an outstanding innings, a real captain's knock. It's normally the England captain who goes against South Africa.

"You're under pressure as a captain for a lot of the time. It's always sad when someone steps down because to captain your country is a huge honour and a real privilege.

"He'll have his reasons and I wish him all the best – he's a really nice guy.

"I did ask if he planned to have a couple of Tests off, but unfortunately he's still planning on batting against us!"

Turning his attention to his own side, Cook lamented the seven dropped catches his side put down, including three to Amla that allowed him to reach his double ton. Cook said they would need to work hard on their fielding before the Wanderers on 14 January.

He said: "If we'd taken those chances in the field I think we'd be talking about a different game. Some were very difficult, maybe 10%. Others, we'd expect to take.

"You can't put down seven or eight chances, so we'll work hard in training after a couple of days off.

"These things happen. No-one plays a perfect game and no-one expects to drop a catch."