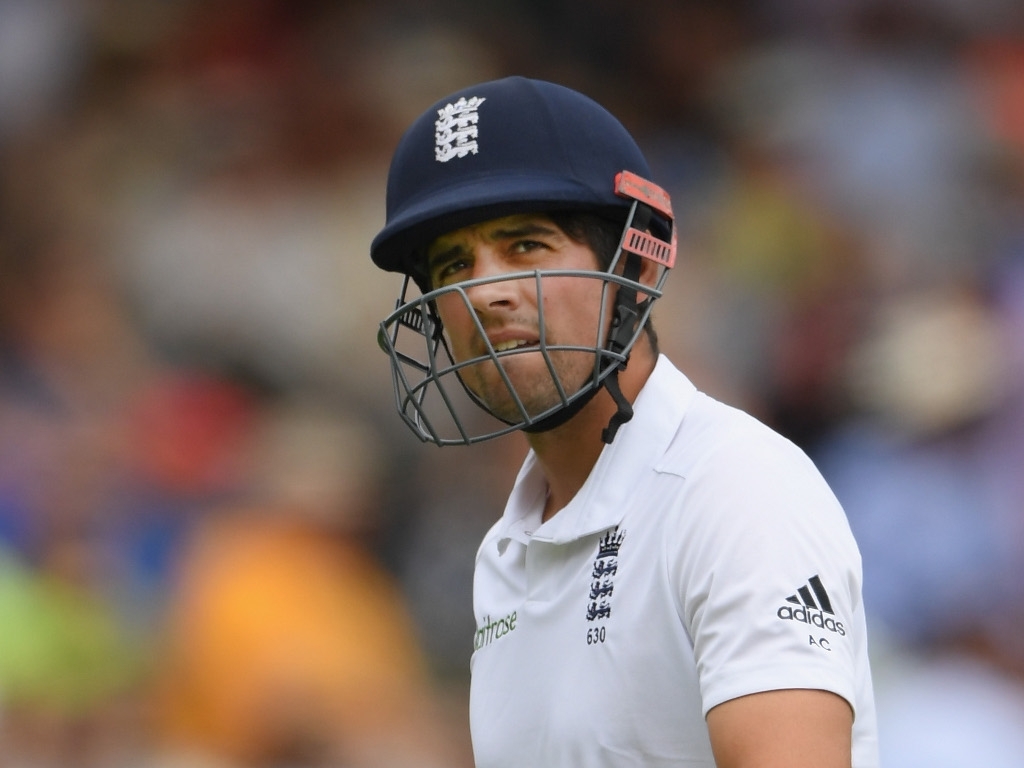 England Test captain Alastair Cook says his players have shown why they are not ready to be ranked number one, and that they have plenty to work on before that becomes a realistic option.

Pakistan won the fourth Test at The Oval on day four to draw the series two all, and Cook lamented his side’s top order batting, saying it was not the job of the tail to score the bulk of the runs.

England were again found short by spinner Yasir Shah, who took five wickets to leave his side a winning target of just 40 runs. They won by 10 wickets, and Cook said the batsmen were again to blame.

“But these four days probably show exactly where we are. We’re a good side when we’re on it, but there’s a few areas we need to improve to make that next step.

“Consistently over the summer, we haven’t scored enough runs at the top of the order. It is frustrating for us as a side.

“It’s a big area we’ve got to keep working on – and obviously, for us to take that next step to consistency, top-order first-innings runs are vital.

“The lower order have got us out of trouble some of the time and it’s great that we’ve got strength in depth down there. But the majority of the time they should be putting the icing on the cake, not making the cake.

“There is a hell of a lot of talent in the guys who are playing, but they just haven’t got that score. I can’t fault the lads’ efforts. It’s not for lack of that.

“It’s just they haven’t been good enough at this precise moment in time, and it’s something we have to look at.”

Another area of concern for Cook was the fielding, with a few catches going down in the series, especially in the slips. England put down 15 catches in the series, compared to 11 by Pakistan.

The skipper added: “With the catching this summer, we’ll need to go back to basics and work incredibly hard again. We can’t afford to drop as many catches as we have in this series if we want to bowl sides out on good wickets like this one here.

“There’s ‘could haves and should haves’ – all that kind of stuff – but we’ve given them four chances in that first session on day two. We should take three out of those four, and that puts a different complexion on it. That is a frustrating feeling.”

The sides will next play a five-match ODI series, followed by a lone T20.