Cook turns to darts after sacking 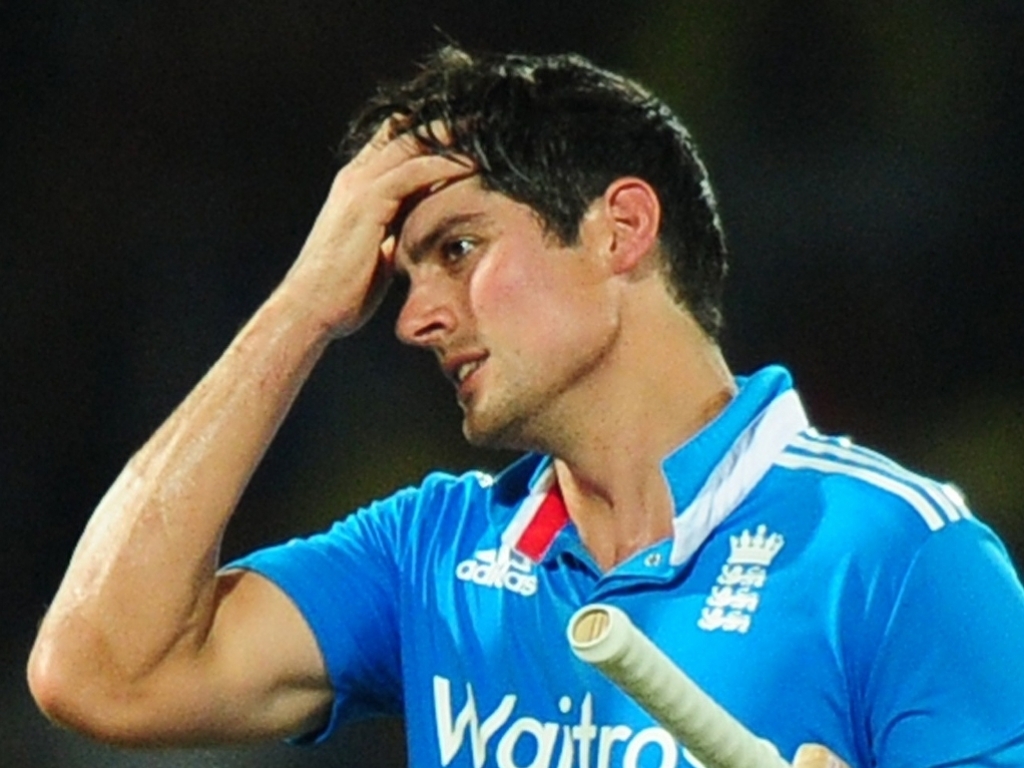 Alastair Cook tried to take his mind off his shock World Cup snub as the deposed England captain stepped onto the oche at the World Darts Championships on Monday.

Two days after the heartache of being sacked as England's one-day captain and dropped from the squad for next year's World Cup in Australia and New Zealand, Cook made his return to the public eye in a light-hearted darts contest with international team-mate James Anderson at London's Alexandra Palace.

Cook took part in a one-leg shoot-out with Anderson ahead of the fifth day's play in the World Championships and his bruised ego may have been soothed a little after he won with a double-11 checkout.

Performing under the nickname 'Bed and Breakfast', Cook looked in good spirits on stage and got into the swing of things in amongst the raucous fans.

The pair then headed into the commentary box to do a stint alongside former world champion Eric Bristow, and Cook, who remains England's Test captain, admitted he was struggling to take in what the last 48 hours had served him.

"It's been an interesting couple of days," he said on Sky Sports Darts.

"I'm frustrated and disappointed not to be joining Jimmy on the plane. Sometimes these things happen; I take it on the chin and get a couple of weeks away.

"It's gutting and frustrating, but that's the way of the world and you have to get over it and I wish the guys well."

Cook is now looking forward to spending some time on his farm and then throwing himself into a 2015 campaign which involves Test series against the West Indies, New Zealand, Australia and South Africa.

"It's hard to talk about it at the moment (the World Cup) because of the way I feel, but there are Tests next year, two real marquee series (against Australia and South Africa) and hopefully I can get back scoring some runs," he added.