Home Countries England Cook was ‘in denial’ about lack of runs

Cook was ‘in denial’ about lack of runs 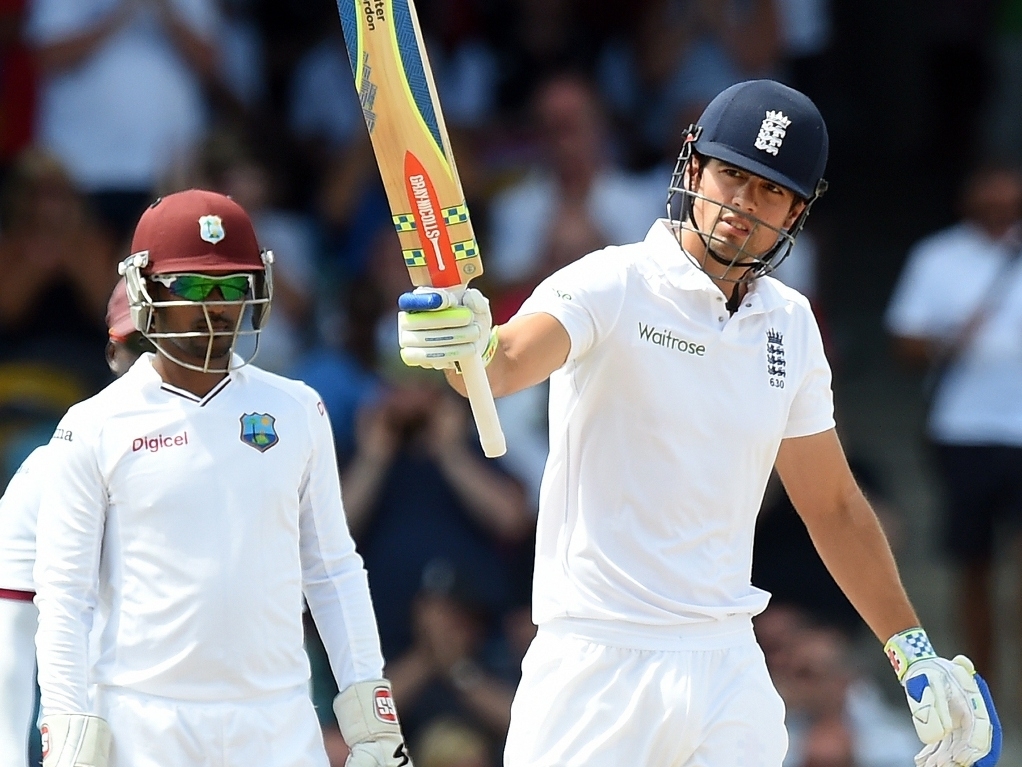 England Test captain Alastair Cook scored his first century in little under two years in the current match against the West Indies, and he says he'll be glad never to have to talk about that dry spell again.

Cook made 105 in the first innings in Barbados, his first since May 2013, and hopes that he'll be able to focus on his batting and the team, rather than fielding constant questions about his lack of form.

Cook, who has a packed Test schedule coming up, including the Ashes at home, told Sky Sports: "Over the next year I've got the chance to focus on the five-day stuff and make sure I'm doing the right stuff time and time again.

"Over the last two year or so, I haven't scored the runs I'd like, a few technical things had crept in, you go into a bit of denial about them – 'nah they're fine, it's what it's always done' – and it's given me time to look at it.

"It's not huge changes, just a couple of things. I'm never the most technically pleasing batsman, so they'll always be there, so it's trying to make sure they aren't too big to stop me scoring runs.

"No matter how many runs you score you still have the belief and it was a matter of time before I got three figures. I did quite a lot of work with Goochie after being left out of the World Cup and felt really good in the Essex nets.

"In Antigua it didn't go so well but the way I've been hitting the ball in the last seven months in the red-ball stuff I did feel the score was there. But there's only so many times you can go into a press conference, as captain, which is asking when are you going to score the hundred.

"That's now gone and I can concentrate on what's important, runs at the top of the order and England winning."

Cook also said he was still annoyed at being dropped from the ODI side ahead of the World Cup, made even more bitter by the fact that England performed so badly, but says he's focusing on his own game again instead.

He added: "The World Cup is still disappointing, you always want to lead your country in a World Cup but that isn't going to happen. You dust yourself down; your pride gets dented and you wonder if you want to leave the house with the reaction you will get.

"Then you have a couple of weeks to get over that, and think what your next challenge is and what the best way is to prepare for that. You look at some technical stuff and I worked really hard from the beginning of February, two months of solid work.

"Naturally you are refreshed, but the technical work was more important."