Home Countries England Cook: We didn’t deserve to save the game

Cook: We didn’t deserve to save the game 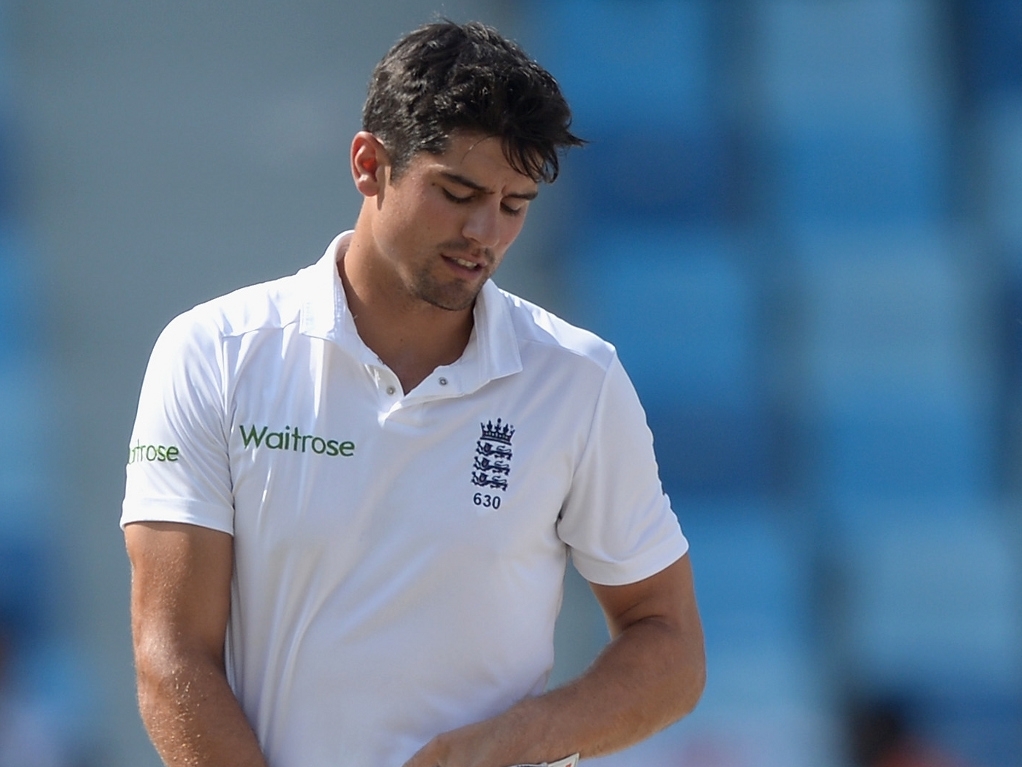 England captain Alastair Cook was left frustrated with his batting line up after the second Test defeat against Pakistan in Dubai, saying they didn't deserve a draw after their batting collapsed twice.

England nearly saved the match, thanks to a gritty effort from Adil Rashid in the lower order, but he was the final wicket to fall with just six overs to go, and Cook said it was right that they didn't save the game.

England collapsed from 206 for three to 242 all out in their first innings, with Wahab Riaz on fire, and in the second innings the Pakistan spinners removed them for 312, with Rashid making 61.

Cook said after the match of their collapses: "It happens too often at the moment as a side. It's a real frustration. You can talk about it all you want.

"Maybe it's a realisation of that moment – full credit to Wahab, he bowled really well, 90mph reverse swing from different angles with some short stuff thrown in, so we aren't saying it's easy – but it's a realisation that it's a tough moment and for 45 minutes I've got to suck it up.

"To lose one wicket you are allowed, but not six or seven. You have to try and get through, he's got 30 balls in this spell, get through that then it gets a bit easier. That starts from the top and goes right down to the bottom.

"We talk about it, we've spoken with Mahela [Jayawardene], all that sort of stuff, now we've got to do it. And we didn't. Credit to the way they bowled, but we didn't bat well in that two hours and it's cost us.

"You always have faith and belief in the team, but I always thought we were two wickets ahead of where we should have been.

"When Woody walked out with 40 overs to go (on day five) it didn't look quite so encouraging but he can bat, so can Jimmy and he's done it before, and as that partnership grew and grew, people sat stiller and stiller.

"The belief started to happen but it was a long way back from that third morning and we probably didn't deserve to get out of jail, however well Adil played."

The third and final Test will be played in Sharjah, where England need to win to level the series. If Pakistan win, they will move to second in the ICC Test rankings, ahead of Australia.