Home Countries England Cook: We should have batted out the day

Cook: We should have batted out the day 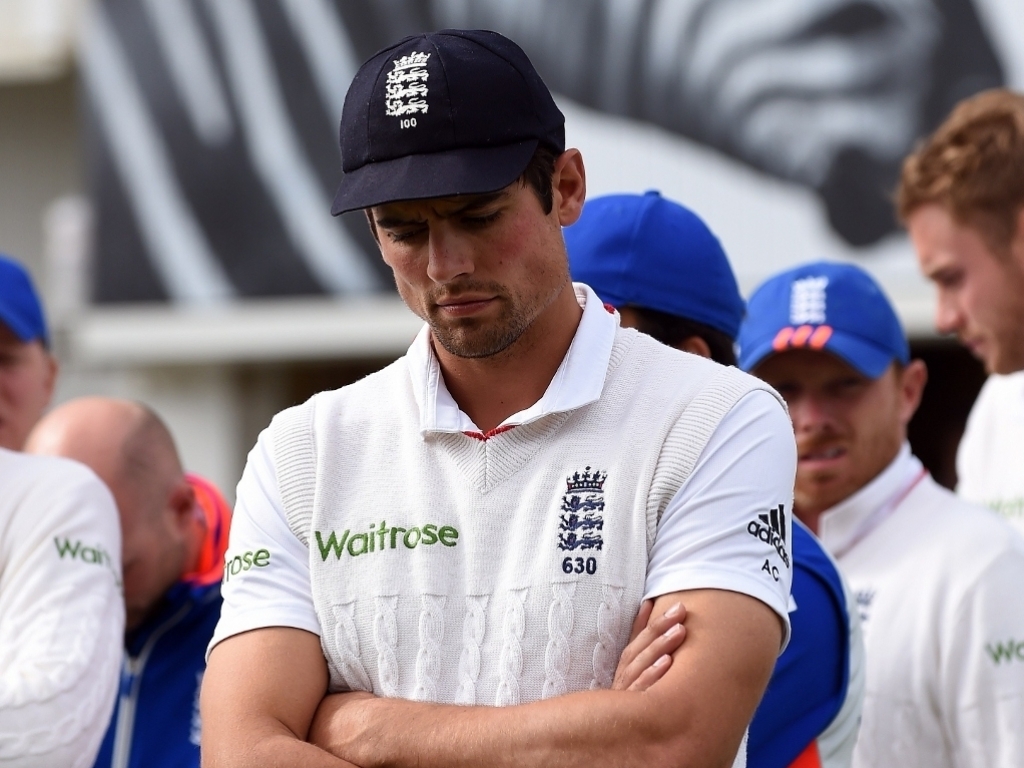 England captain Alastair Cook was disappointed with the way his side capitulated in the second Test against New Zealand, and felt they should have been able to bat out day five to save the game.

The Kiwis needed 10 wickets on the last day to win and level the series, and they managed to do that with around 20 overs to go in the day. Cook and Jos Buttler were the only resisters as they lost by 199 runs.

Cook said after the game: "It was disappointing today. At half-way we were right in the game and we created opportunities, every time we had a chance they took the game away from us with positive batting."

Cook opted to look at the good aspects of the Test though, with series debutants Adam Lyth and Mark Wood performing above expectation, though he conceded that the failures from Ian Bell and Gary Ballance hurt their chances.

The skipper added: "Adam Lyth has looked solid at the top of the order and Ben Stokes has taken great strides, played nicely at Lord's and here today too. Mark Wood has also added fire to our attack.

"Our batting has looked good. We could have batted out the day today but those four early wickets hurt us. When you're not on your A-game you get found out. The batters who have struggled have had a tough couple of games, that's how Test cricket works.

"We've got five weeks away now (before the Ashes) to work on our games and come back in Cardiff ready to build good totals."

Of his own batting, having scored 75 and 56 in Leeds, he added: "It's been a challenge against their bowling attack but I'm pleased to score some runs.

"You need to judge well outside off and I've managed to do that which is nice."