Home News Cook: Would feel wrong to give up captaincy

Cook: Would feel wrong to give up captaincy 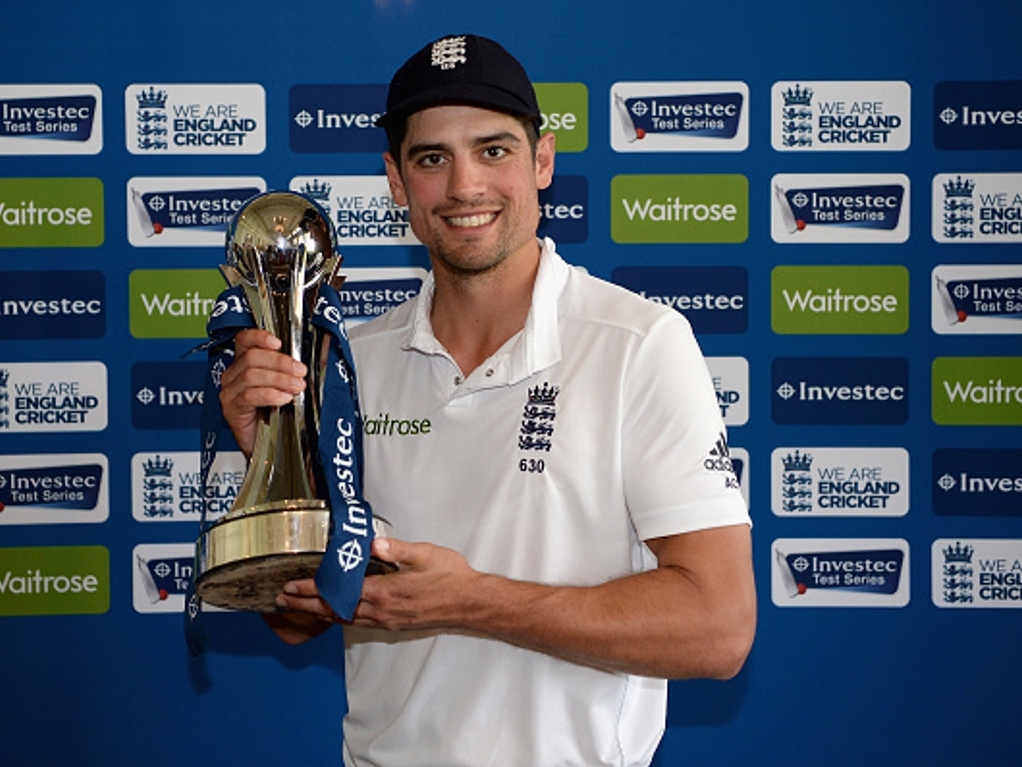 England Test captain Alastair Cook says he will discuss his role with the selectors after the series against Pakistan, but is in no rush to give up the captaincy and feels as ‘comfortable’ as he ever has.

Cook is approaching the record for the most Tests as England captain (Mike Atherton has 54) and also as the most successful skipper in terms of Tests won (Michael Vaughan leads this) and has no real intention of handing the proverbial armband over.

Cook said on Cricinfo: “At the end of every series, I’ll sit down with Trevor Bayliss and Andrew Strauss and discuss the future of the side and where we want to go.

“We’ll discuss whether I am still the right captain for this team or if it is time to move on after this series or after India. We always now talk about that for my sanity as well.

“At the moment I’m enjoying it. The dressing room seems to be in a good place. It’s the most comfortable I’ve felt captaining a side.

“The last year or so I’ve really felt comfortable in the captaincy role and everything it brings with it on and off the field.

“I am really enjoying it and all those hard moments I’ve had – obviously they’re not gone – but in one sense, it would seem wrong to give it up quite yet.”

If England win the fourth Test at The Oval, and a few other results around the world go their way, England could be the top-ranked Test side come the end of the month. But Cook feels that would not be an accurate reflection of where the side is at.

He said: “It would be a really good achievement by our guys. But I genuinely think it’s come a little bit early for us a side. It would be a great achievement and one you can be very proud of when you finish playing cricket.

“But, as I keep saying, there’s still questions that need to be answered. We’re not at the level we were in 2012. Then everyone had played 30 or 40 Test matches at the very least.

“This is a more talented team. There are people who can turn a game in a session. The team in 2011-12 was a very consistent, hard-nosed team that was very hard to beat.

“We’ve got a way to go to that level, but as you saw with some of the brilliance of Ben Stokes, getting a hundred in a session – that kind of stuff is what’s very exciting about this team.”