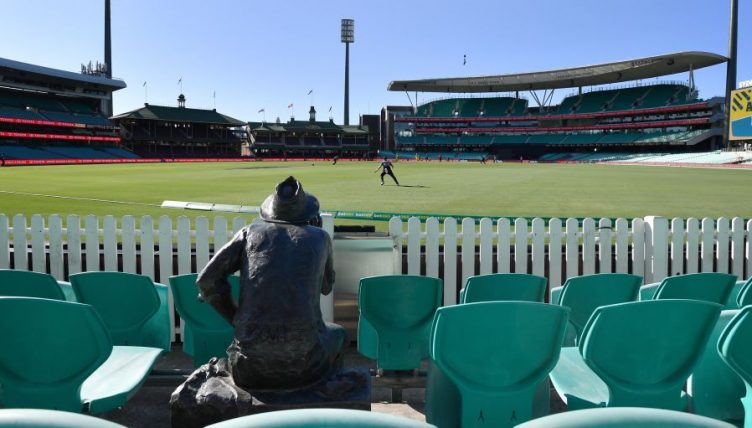 The cricket calendar is changing rapidly in light of the global coronavirus pandemic. Check here for a round-up of the current state of play with the various tours, competitions and leagues affected. We’ll keep it up to date as far as we possibly can.

The decision was confirmed while Joe Root’s side were in the field at Colombo’s P Sara Oval, contesting a warm-up game for a two-Test series that was in the process of being written off by decision-makers back at Lord’s.

Discussions had been ongoing between the ECB and Sri Lanka Cricket, leaning on guidance from the High Commissions of both countries as well as the Foreign and Commonwealth Office.

The prospect of the two-match series going ahead as planned had looked highly improbable given the number of global sporting events being removed from the calendar, but when the news came it was rubberstamped with enough hurry that a handful of deliveries were bowled in the middle before word got through to the teams.

Both teams remain committed to playing the series at the next available opportunity – the two Tests form part of the ongoing World Test Championship – with January 2021 looking the most likely window.

Sri Lanka has shut its borders to travellers from the United Kingdom, catching out cricket fans who were ready to holiday on the island even after the postponement of England’s tour.

County Cricket 2020 season – DELAYED
The 2020 English season has been delayed until May 28 at the earliest, and is likely to be pushed back further still.

The inaugural season of The Hundred as well as England’s scheduled summer fixtures against West Indies, Pakistan and Australia must also now be considered at risk of curtailment, change or postponement. The ECB is making plans for how international cricket behind closed doors might work.

English cricket – SUSPENDED
The ECB has advised that all cricket at all levels be suspended. “Following the Government’s latest advice around social distancing, it is with sadness and reluctance that we recommend that all forms of recreational cricket are for now suspended,” an ECB statement said. “This extends to training, pre-season friendlies and any associated cricket activity.”

Indian Premier League – DELAYED
The world’s biggest T20 league had been due to kick off its 2020 season on March 29. This has now been pushed back to April 15 in what the BCCI called “a precautionary measure”.

Australia v New Zealand ODIs and T20Is – POSTPONED
Australia won the opening game of the three-match series behind closed doors on Friday, but the two remaining matches as well as three T20s scheduled to follow have all now been postponed. New Zealand bowler Lockie Ferguson is self-isolating after complaining of a sore throat following Friday’s game.

Cricket Australia says it is working with New Zealand Cricket in a bid to reschedule the fixtures.

India v South Africa ODIs – POSTPONED
After the opening game of the three-match series was washed out, it was announced on Thursday the two remaining fixtures in Lucknow (Sunday March 15) and Kolkata (Wednesday March 18) would be played behind closed doors. By Friday, though, the decision was made to postpone the games with the series to be rescheduled at a later date.

Pakistan v Bangladesh ODI and second Test match – POSTPONED
The standalone one-day international and the second Test due to be played in Karachi on April 3 and April 5-9 have both been postponed. Both boards are keen to reschedule the games, especially the Test as it forms part of the World Test Championship.

Pakistan Super League – POSTPONED
Having made attempts to get the tournament completed to a truncated timetable and with matches behind closed doors, the PSL has in the end been forced to postpone altogether ahead of the semi-finals. The plan is to reschedule that final phase at some point, although the nature of the franchise cricket circuit and the availability of overseas players makes this a tough prospect.

Australian Sheffield Shield – CANCELLED, NEW SOUTH WALES AWARDED SHIELD
New South Wales, who sat top of the table after nine completed rounds, have been named Sheffield Shield champions after the last round of fixtures and the final itself were all cancelled. All Australian cricket at all levels is currently suspended.

New Zealand’s Plunkett Shield – CANCELLED, WELLINGTON FIREBIRDS AWARDED SHIELD
New Zealand’s first-class competition has been halted two rounds short of completion, primarily due to concerns over travel and hotels rather than mass gatherings. Wellington Firebirds, who led by 26 points, are awarded their first title since 2003/04. The annual New Zealand Cricket Awards scheduled to take place on March 30, has been postponed.

Scotland, UAE, USA ODIs in Florida – POSTPONED
The sixth series of the ICC Men’s Cricket World Cup League 2 was due to get under way on April 1 but has now been postponed. No new date has yet been decided.

MCC v Essex – CANCELLED
The traditional curtain-raiser to the English season between the MCC and the county champions, scheduled this year to be played in Galle, Sri Lanka from March 24-27, is off. Most counties have also now cancelled or abandoned pre-season tours and fixtures. The MCC has also postponed all its scheduled fixtures for April.

Zimbabwe v Ireland T20Is and ODIs – POSTPONED
Both boards agreed to postponed the scheduled T20 and ODI series due to take place in April with a view to rescheduling the games somewhere down the line.