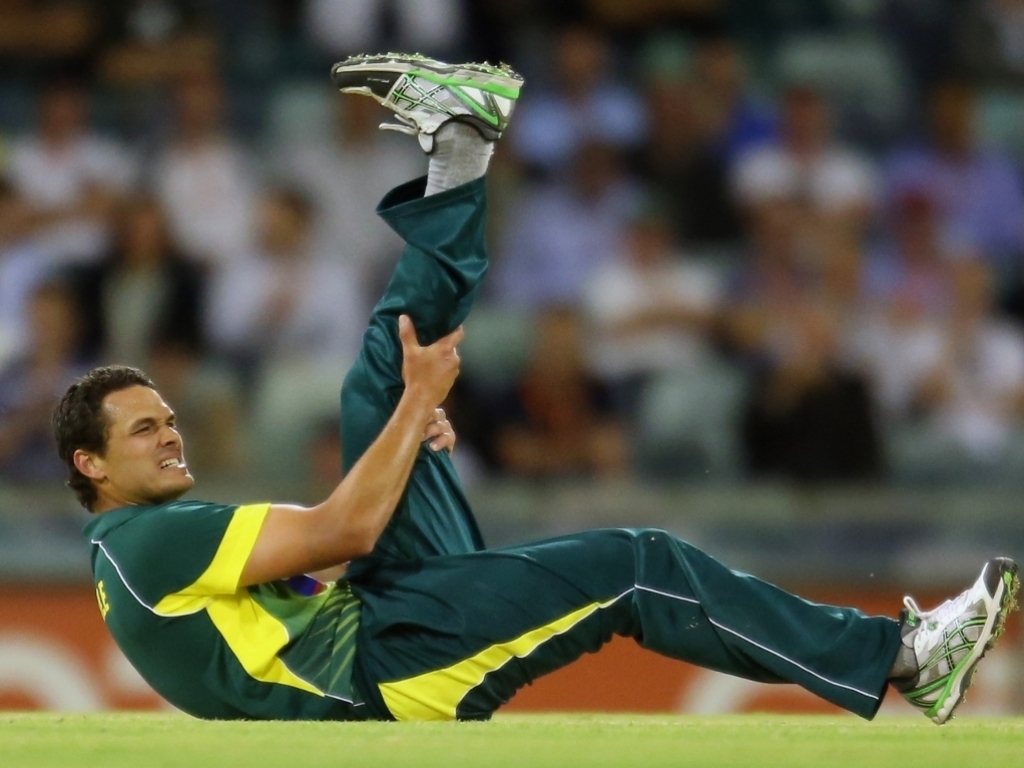 Australia may have to do without fast bowler Nathan Coulter-Nile for a bit, after he was forced to leave the field during the fourth ODI against SOuth Africa in Melbourne on Friday.

The paceman, who had hamstring surgery earlier this year, took the wicket of Hashim Amla but then looked in a lot of pain as he limped from the field after sending down just three overs.

CA said on their twitter account a few minutes later: "(We) confirm it's a left hamstring injury for Coulter-Nile and he will take no further part in the match."

Coulter-Nile had only recently returned to action in the Sheffield Shield, but had taken a flurry of wickets for Western Australia, hence his recall. He has 10 ODI caps, having made his debut in September 2013.