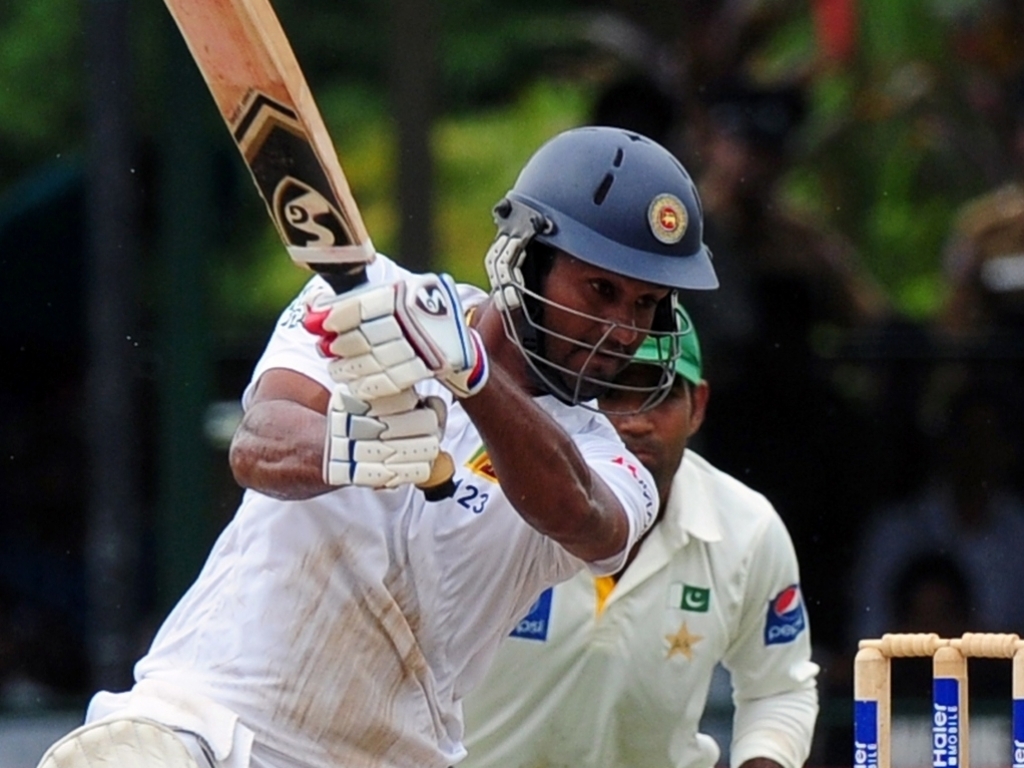 Sri Lanka opener, Dimuth Karunaratne, has been critical of the opposition Sri Lanka faced in preparation for the Test series against England.

The Islanders faced Essex, and Leicestershire in the build-up to the series, with Karunaratne registering scores of 8, 16 not out, 0 and 100 not out but the opener has claimed the opposition were sub-standard.

Both Essex and Leicestershire play in the County Championships second division, and rested many of their frontline bowlers.

Karunaratne said in an interview with the Island: "I don't think the century in that warm-up game was very satisfying,"

"I don't think that kind of preparation will do any good ahead of a tough Test series. The oppositions we played were basically second-string teams. In our second warm-up game, there were just two fast bowlers and the rest were spinners. I wasn't too pleased after getting the hundred."

Sri Lanka's batsman have struggled to cope with Englands opening bowlers, James Anderson and Stuart Broad, and Karunaratne believes there was a massive gulf in class between the warm-up opposition and England: "During the practice game, of the two fast bowlers, the quickest guy bowled just four overs,"

"Some of the Division Two bowlers didn't ask many questions."

"When we play that kind of opposition and all of a sudden play James Anderson and Stuart Broad in the Test match, the gap is huge. We tend to make more mistakes and get out cheaply."

The opening batsman believes Sri Lanka would have been better suited running out against the England Lions: "When England come to Sri Lanka, they play our A team as warm-up."

The left-hander has admitted that he and opening partner Kaushal Silva have failed to insulate the Sri Lankan middle order from the new ball as well as they did in 2014: "When we won the Test series here in 2014, Kaushal Silva and I had batted for more than ten overs and we had seen off the new ball threat,"

"That made things easier for the guys who followed."

"This time, I got out in the third or fourth over of the first three innings and then it's hard on rest of the batsmen."

"When runs are on the board, the opposition's mentality also changes, and they aren't too attacking. We can hear them talking that runs are being scored and the need to cover certain areas."

Karunaratne noted that Anderson, in particular, was a much improved bowler from the last time he faced the England quick: "Anderson this time around is a changed bowler from what we had seen of him in the past,"

"He has good rhythm. Last time he was only concentrating on swinging the ball. This time what we have found is that he has got the length spot on too."

"He was bowling lot of inswing for me last time, but this time not a single inswinger. He hits the deck hard and when he does that with the swing he creates, the ball cuts away too quickly. That makes it even tougher."

The weather forecast for the final Test will be a relief to the Sri Lankans, who struggled in the bitter cold of Durham, with warm weather and sunshine expected, this coupled with what should be a  flatter Lord's track left Karunaratne hopeful: "The Lord's wicket has lot of runs. It's a batting paradise. The swing will be less and the sun will be out."

"Then Kumar Sangakkara called me and stressed the need to remain positive. His tips are useful as he has played here a lot."

"Sanath Jayasuriya too had a chat with me. Currently I take guard on the middle stump. He suggested that I should maybe move between middle and off stump as that allows me to stop playing outside the body. He had done the same thing during his playing days. These are very useful tips."

Sri Lanka will be desperate to take something positive out of what has, thus far, been a dismal series in England when the final Test gets underway at Lord's on June 9.