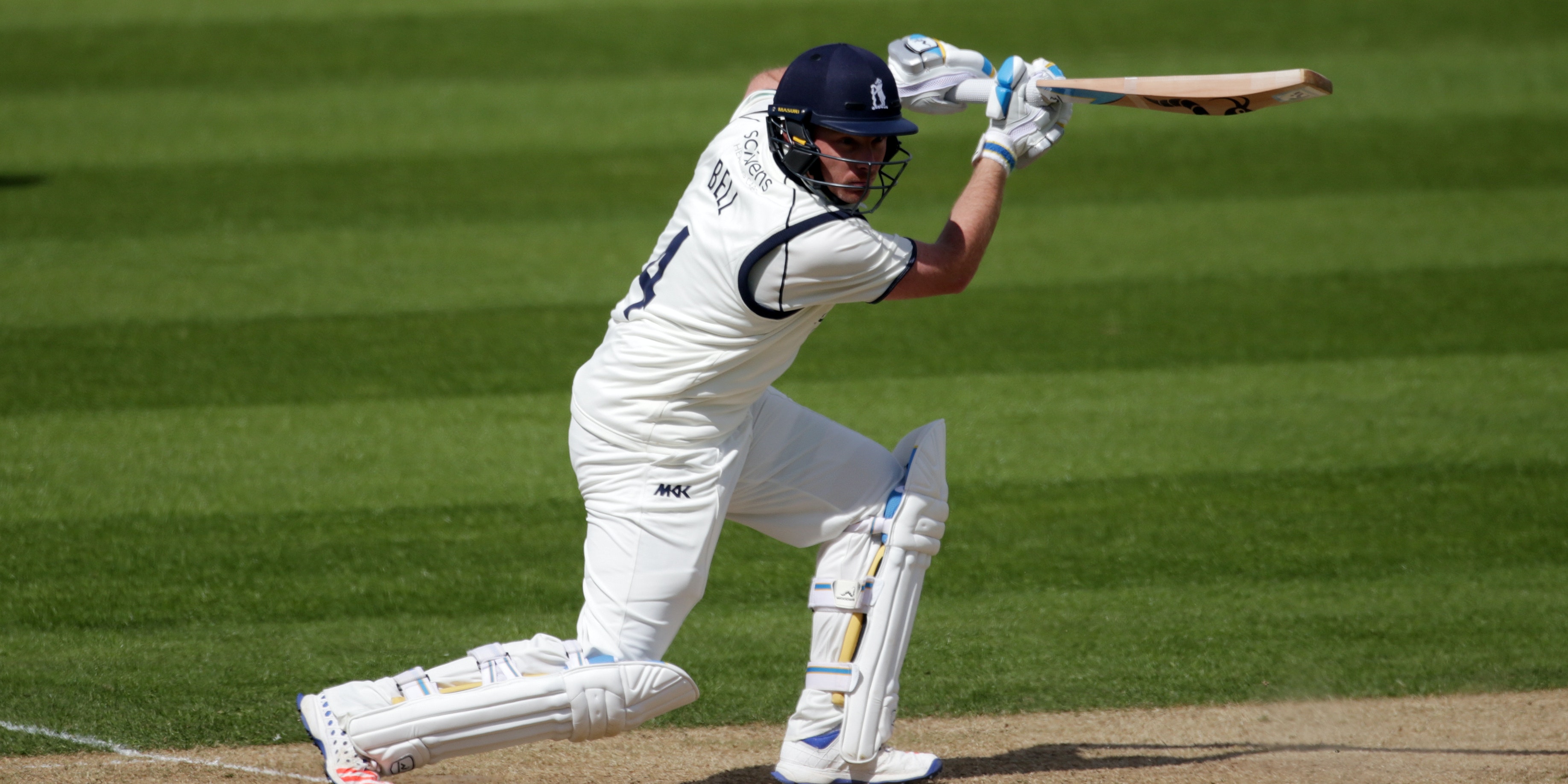 The match was abandoned after lunch, with the clubs and the ECB issued a joint statement that the match had been abandoned in the interest of player welfare.

A non-playing member of the Northamptonshire squad had tested positive, with further members in contact with the player within 48 hours of them developing Covid-19 symptoms.

Elsewhere, Ian Bell played his penultimate first-class innings of his career, striking a half-century as Warwickshire were bowled out for 186 against Glamorgan at Sophia Gardens.

Warwickshire had been 23 for three before Bell helped his team recover with 50 from 116 balls including nine fours. In reply, Glamorgan ended the day on four for one.

In the Northern Group Yorkshire’s Ben Coad claimed five for 18 as Leicestershire were bowled out for 124 before tea on the opening day at Headingley.

The 26-year-old’s performance gave Yorkshire an encouraging start to their bid for a victory which could see them advance to the five-day final at Lord’s.

Yorkshire finished the day on 36 for two from 12.1 overs following a rain delay.

Gareth Harte and Stuart Poynter hit a century partnership as Durham reached 275 for eight against Nottinghamshire at Trent Bridge.

Harte made 72 while Poynter scored 50 as Durham recovered from having been 33 for three after winning the toss and choosing to bat.

Lancashire’s Josh Bohannon hit 94 as the Red Rose struggled to 206 for eight on the first day of their match against Derbyshire.

Bohannon batted for over five hours after Keaton Jennings was dismissed by the first ball of the match and opening partner Alex Davies also fell for a duck.

In the Southern group, Sam Cook returned season-best figures for Essex as 15 wickets fell on the first day at Chelmsford.

Cook claimed four for 27, Jamie Porter three for 55 and Simon Harmer three for 34 as Middlesex were bowled out for 138.

However, Essex were unable to capitalise, finishing the day on 108 for five despite Paul Walter’s 43.

Kent all-rounder Darren Stevens took his third five-wicket haul of the summer as Hampshire were dismissed for 191 inside 75 overs at Canterbury.

The 44-year-old bowled 27 overs in four spells to finish with five for 37, although Kent lost both their openers in reply to finish 21 for two.

Tom Haines struck 105 not out in Sussex’s first innings of 239 for three against Surrey at the Kia Oval.

It was the 21-year-old’s second first-class hundred and he was supported by Delray Rawlins, who made a swift 65 from 88 balls.

In the central group, Somerset captain Tom Abell top-scored with 59 on the opening day against Worcestershire at New Road.

Somerset totalled 251 all out in 83.1 overs before Worcestershire reached 14 without loss before the close of play.