Coyte calls it a day 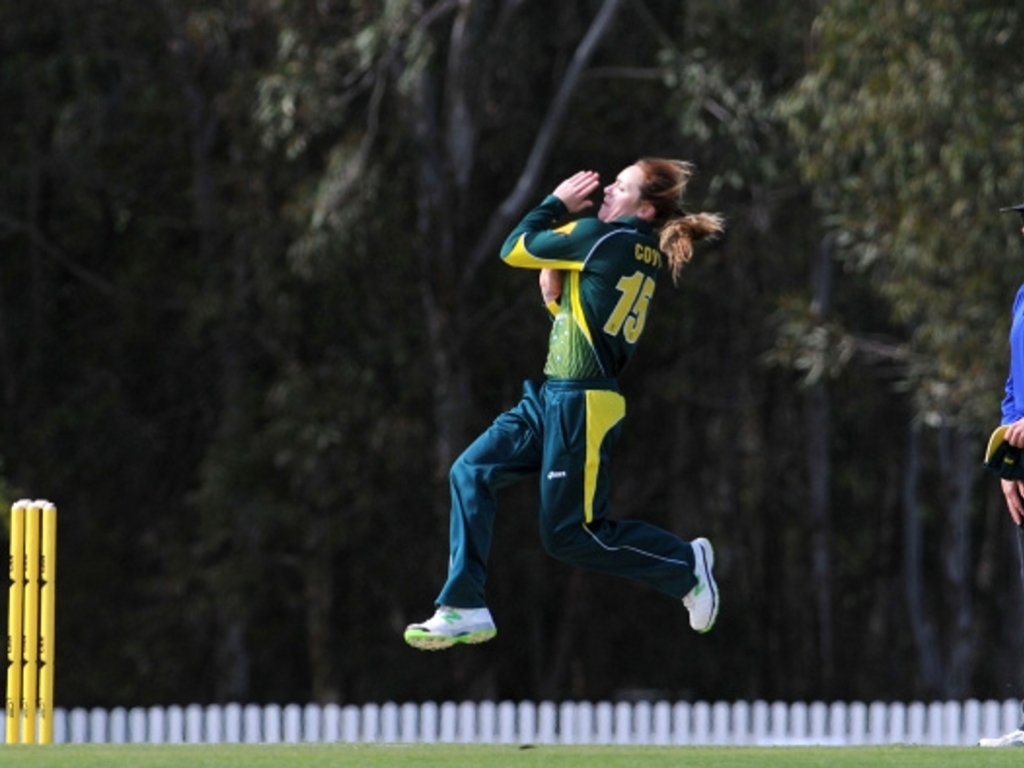 Former Australian cricketer Sarah Coyte has called time on her outstanding career as a top level cricketer in order to focus on other areas of her life.

Coyte announced her retirement from all forms of the game, having represented Australia’s Test, One-Day International and Twenty20 teams, the NSW Breakers and SA Scorpions in the Women’s National Cricket League and more recently, the Adelaide Strikers in the Women’s Big Bash League (WBBL).

After making a name for herself in the Twenty20 arena, Coyte, 25, earned herself a national call-up in December 2010 against New Zealand, and went on to play a further 46 T20 matches, four Tests and 30 One-Day Internationals for Australia.

A key contributor as an all-rounder with her medium-paced bowling and valuable skills as a lower-order batter, Coyte was a member of Australia’s 2014 ICC Women’s World Twenty20 winning side as well as helping Australia reclaim the Women’s Ashes in England in 2015.

Cricket Australia CEO James Sutherland said: “On behalf of the board and everyone at Cricket Australia, we congratulate Sarah on a wonderful career, both internationally and domestically, and thank her for the wonderful contribution she has made to Australian cricket.

“She played a key role in making the Australian team the formidable side it is, and should be proud of her efforts and what she achieved in her career.

“Sarah always showed a great deal of fight and passion when playing for her country, and we thank her for her commitment to the green and gold.”

In a statement to the media Coyte said: “The last two seasons with the Scorpions and the Strikers have been the best and most fun of my career.

“I will miss the girls so much; I have really enjoyed being around them. I want to thank SACA for everything they have done for me and the support they have offered during some hard times.

“I am going home to Sydney to be close to my family and restore some balance to my life. I have been realising lately how much I have missed my family and it is finally time for me to go home. I am not going back home to play for New South Wales, I am leaving domestic cricket altogether to refocus on myself and my loved ones.”