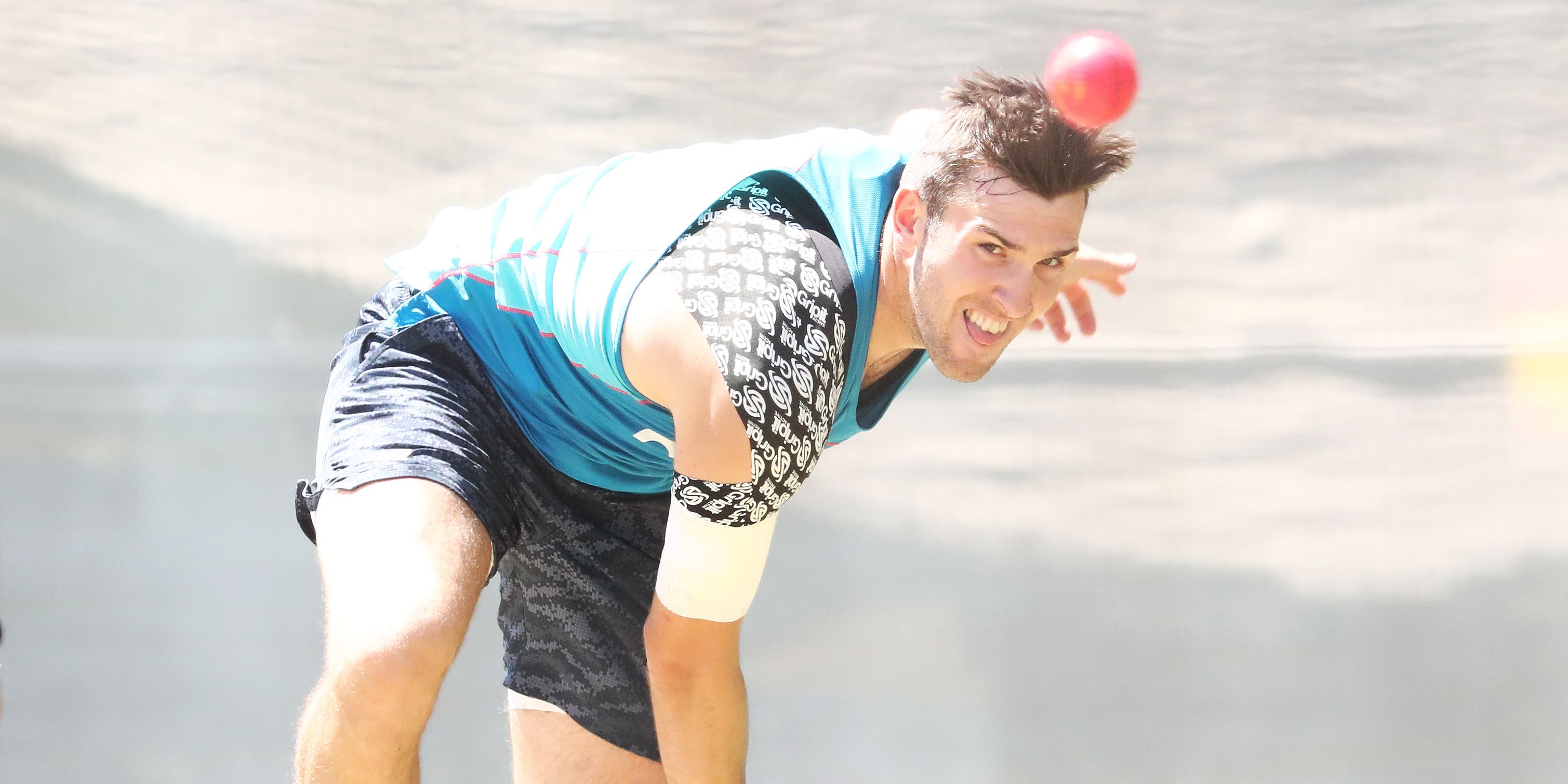 Overton claimed the scalps of Felix Organ, Ian Holland and James Vince as Hampshire closed on 144 for five in their LV= Insurance County Championship Division One clash.

The England seamer ended the day with three for 21 from 18 overs, with his side leading by 67 runs at stumps.

No play was possible before lunch because of a wet outfield, but Holland, with 49 from 111 balls, was the pick of the Hampshire batters after the action finally got under way.

England hopeful Harry Brook shone again as Yorkshire put themselves in a strong position against Warwickshire at Headingley.

Responding to Warwickshire’s first-innings 244, Yorkshire finished the second day on 269 for four.

Brook, called up to England’s squad for the start of next month’s Test series against New Zealand earlier this week, made 82 from 117 balls – his eighth score of 50 or more in nine innings this season.

Adam Lyth also scored 118 not out as the fourth-wicket pair shared 157 either side of tea.

Skipper Leaning ground his way to a 131-ball 62 and all-rounder Stewart smashed five sixes in 34 deliveries on his way to a quickfire 61.

Kent declared on 519 for nine and Stewart and Darren Stevens then made early in-roads into the Northamptonshire innings.

Ben Curran and Emilio Gay were quickly removed as the the hosts slipped to 21 for two – 498 runs behind.

Replying to Essex’s 391, Lancashire were reduced to 32 for five before rain arrived for the second time in the day to prevent any play after tea.

New-ball bowlers Sam Cook (two for five) and Jamie Porter (two for 19) did most of the damage.

Dan Lawrence top-scored for Essex with 120 from 207 balls, but he was unable to field later after appearing to suffer a recurrence of his right hamstring injury.

Pakistan Test batter Azhar and former England Under-19s international Haynes put on 281 for the third wicket – a record partnership against Leicestershire, surpassing the 278 by Cyril Walters and Harold Gibbons in 1934.

Azhar finished the day unbeaten on 202, one six and 18 fours coming from his 328 balls, while Haynes was eventually dismissed for 127.

This was Haynes’ third century in successive matches and the pair’s efforts were largely responsible for Worcestershire totalling 456 for three by the close – a huge lead of 308.

Durham’s Liam Trevaskis missed out on the opportunity of a maiden Championship hundred on a truncated second day against Middlesex at Lord’s.

The 23-year-old all-rounder, who posted his first-class best of 88 at Hove last month, was left stranded on 80 after running out of partners as Durham were dismissed for 350.

Middlesex closed on 88 for two in reply with England’s new Test captain Ben Stokes claiming the breakthrough when having former team-mate Mark Stoneman caught at slip in his first over.

Nottinghamshire built a lead of 74 after dismissing Derbyshire for 260 at Trent Bridge.

Ben Duckett top-scored with 86 and five other batters broke 30 as Nottinghamshire reached 334 for seven.

Although a couple of dismissals could be put down to poor shots, the hard work put in Sam Conners, who claimed three for 80, and 19-year-old Nick Potts – who finished with figures of two for 39 – gained rewards for a makeshift seam attack.